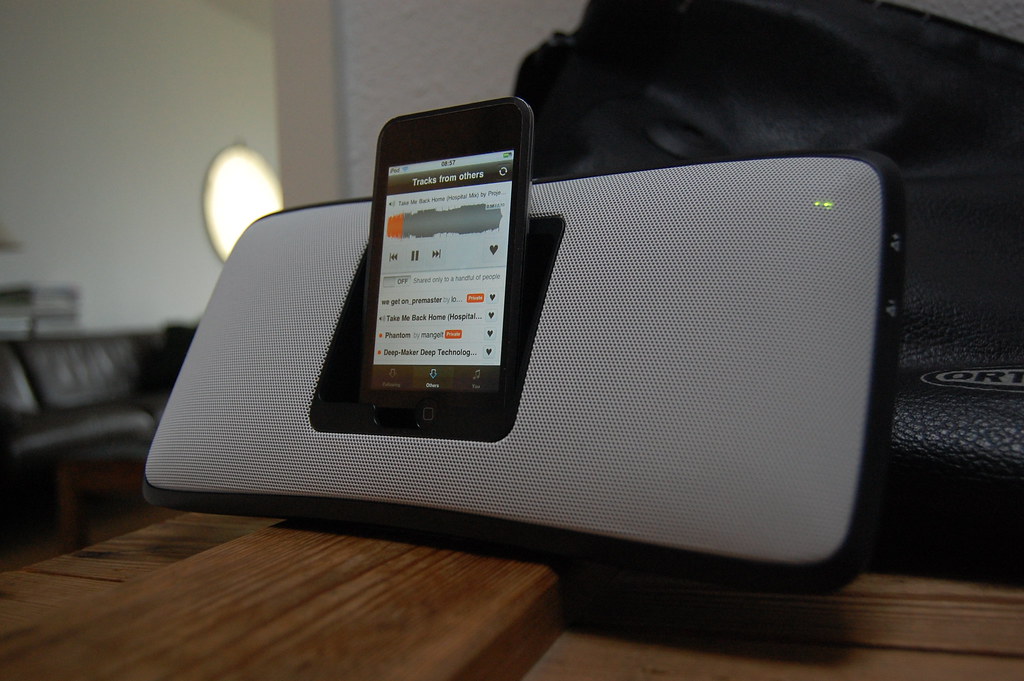 “SoundCloud dropbox in the morning” by matas.p is licensed under CC BY-NC 2.0

The genesis of streaming music can be traced back to the early 2000s in which internet became a source for downloading content including music. The most infamous example was Napster which allowed users to pirate music from their favourite artists and eventually, such sites had to stop this practice (Hesmondhalgh, Jones, & Rauh, 2019, p. 1). In the years to come, music streaming would come into prominence as users, for a small fee could access a huge catalogue of music (Hesmondhalgh et al., 2019, pp. 1-2). However, one site would distinguish itself from the others by addressing the lack of communicative tools that directly interact with the audio files and become synonymous with aspiring musicians (Hubbles, McDonald, & Lee, 2017, p. 179).

SoundCloud is an audio sharing platform with social networking capabilities that encourages artists to produce and promote their own audio projects whether it be music or a podcast. It was originally created in Berlin 2008 (Hesmondhalgh et al., 2019, p. 2) to have similar functionalities to the likes of Facebook and Twitter, with the exception that it’s demographic target is musical artists and enthusiasts alike. Additionally, SoundCloud audio can be easily embedded into other social media platforms or sites. It’s function expands beyond music sharing including but not limited to supporting podcasts and government sites, allowing SoundCloud to be considered an asset used worldwide that is intricately connected to the growing use of social networking tools (Hubbles et al., 2017, p. 180). Part of the appeal of SoundCloud is that it promotes the idea of a better connection between musicians and their fans (Hesmondhalgh et al., 2019, p. 3). The waveform in SoundCloud is the epicentre of how interaction between artists and fans occur as underneath the wave is where sharing and comments is permitted. The comments themselves can appear as timestamps depending on which part of the track the user is making a comment on, and in turn others can respond to these comments (Hesmondhalgh et al., 2019, p. 4). In its basic package, SoundCloud does not charge a fee and users can upload audio to a maximum of three hours. The interface has the usual functions such as the like button, sharing options with other Social Networks, relevant tags, a ‘suggestion’ panel, and as of writing has an extended comment section akin to YouTube’s format (Hubbles et al., 2017, p. 180).

An Introduction to SoundCloud and it’s features.

The initial success and appeal of SoundCloud can be found in its unique commenting functions and the interrelationship between creators and fans. A qualitative study using Grounded theory revealed that because the interface is limited for prolonged exchange of comments, users seem to like this function to express themselves and tend to give more positive rather than negative comments since most users seem motivated to react to songs they like. Their comments then function as a ‘mark of existence’ or ‘Sanctioned graffiti’ (Hubbles et al., 2017, p. 185). SoundCloud has also benefited from the mythos that it is platform that is a legitimate vehicle for artist recognition and eventual stardom. This mythos was strengthened through the example of the New Zealand artist Lorde, whose now famous track “Royals” was originally uploaded through SoundCloud. What was left out of this narrative was that Lorde was already signed to a label, hence the idea that her success was solely due to SoundCloud is to an extent, an exaggeration (Hesmondhalgh et al., 2019, p. 3).

It should also be noted that although SoundCloud has a myriad library of genres, is not surprising that two of the most prominent ones on SoundCloud is either Electronic Dance Music (EDM) and Hip-hop. This is not a coincidence as it is relatively cheaper to produce these styles of music from one’s bedroom as supposed to the cost of studio time, instruments and the logistics of transporting said instruments into a suitable space for recording. Not every musician has access to such technological affordances, except for those offered within SoundCloud (Bruns et al., 2018, pp. 96-97). Hip-hop artists in the last few years have boosted SoundCloud’s profile as exemplary of an effective platform that prominent artists such as Post Malone and particularly, Lil Pump are credited as the face of ‘SoundCloud rap’. Furthermore, the platform’s contribution to making ‘mumble rap’ popular, has in turn influenced recent political movements exemplified in the Thailand’s Rap against Dictatorship song “My Country Has” (Stone, 2019). Similar to the tactics of protest group “Save Malaysia, Stop Lynas’, SoundCloud like other Social Networks are capable to materialising Globital Memory that otherwise would remain invisible (Reading & Notley, 2015, p. 511). However, as we will find out, platform’s capacity as a vehicle for political action may only last in the short term only to face bigger obstacles (Couldry, 2015, p. 609).

Although SoundCloud espouses the mantra of a bottom-up power dynamic, its interdependence with other platforms such the social media networks, compromise with the essence of SoundCloud. Like any other business, SoundCloud has gone through struggles to keep afloat and had to look for alternatives that might help maintain or increasing their profits. Part of this has been achieved by making deals with other social media networks or third-party companies via Application Programming Interfaces APIs which incidentally is also used in SoundCloud for track based requests (Hubbles et al., 2017, p. 181). Consequently, SoundCloud at this time did not take into account that for the myriad of musicians in their catalogue, most of these artists are either not mainstream or signed up. This is where Apple Music or Spotify who already have negotiated contract for use of the artist’s music have the upper hand (Hesmondhalgh et al., 2019, p. 5). Further hurting its reputation was that it had to sign deals with music labels to keep up with the competition and ensure continued funding from backers who would later be responsible for “takedown” notices on tracks that infringe on copyrights. In 2017, SoundCloud had to make cuts by letting go of staff and closing some of its offices. This is an example of the ‘Gravitational effect’ (Martin & Dwyer, 2019, p. 92) of the capital wielded by powerful companies like record labels which are one of the numerous hurdles a company that attempts to sell itself as “Creator-first community” may or may never get through (Hesmondhalgh et al., 2019, p. 6).

Despite the obstacles, SoundCloud survives because record companies are not keen on future outcomes in which Apple and Spotify could form a duopoly. Secondly, the industry does to an extent rely on such platforms including Bandcamp to monitor upcoming new talented musicians (Hesmondhalgh et al., 2019, p. 10). This presents a complicated relationship best explained via the concept of Database of Intention (König & Rasch, 2014, pp. 18-19). While it might be easy to frame SoundCloud as attempting to exploit their userbase (and to an extent it is), whether intended or not, their stance of having a community-based network has been hijacked by the necessity for profits and follow copyright guidelines to collaborate with music record labels. It creates a power asymmetry in which the record companies’ intentions are prioritised rather than SoundCloud’s. Furthermore, the use of advertisements means that if users want to avoid both the advertisements and the use of third parties, then they need to pay a subscription. Either way, there is a price. The irony is not lost that SoundCloud and the record companies benefit from the unpaid labour (Martin & Dwyer, 2019, p. 96) of users that are actually content creators for this platform (König & Rasch, 2014, p. 20). Another side effect of control from record labels, and a challenge particularly for researchers attempting to study SoundCloud’s ecology is that when tracks are removed for supposed infringements of copyright, the comments for that track is lost (Hubbles et al., 2017, p. 186). Considering that comments in SoundCloud act like graffiti markers, their loss is akin to the erasure of memory (Reading & Notley, 2015, p. 512) in online spaces. For artists, this matters as with the example of the hip-hop renaissance is partially owed to SoundCloud’s platform in which feedback from fans tends to matter more to artist than just relying on the number of plays. It is not the first time that a platform and its intermediaries went through the challenges of creating legal strategies for better regulation and minimal impact on profits, as seen when Google bought YouTube (Suzor, 2019, p. 93). 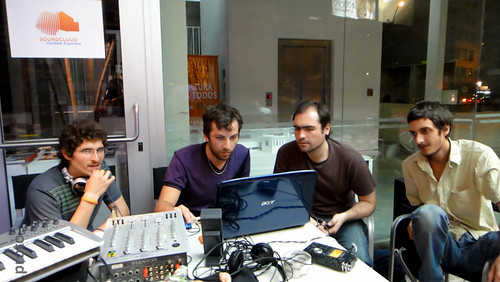 The disconnect between the supposed freedom of online space and politicisation of ownership and governance creates contradictions in online spaces. For too long, it has been taken for granted that the internet is a free market and an inherently democratic space (Kelty, 2014, p. 156) to which the call for adaptability of new imaginaries is necessary (Karppinen, 2017, p. 7). For SoundCloud, the challenge continues of balancing its rules and regulation, capitalist interests from intermediaries (Suzor, 2019, p. 92) without dampening the artist’s potential. Of course, copyright laws are intended to ensure fair use of an artist’s original work, but ultimately how these rules are enforce depend on who makes them whether they are effective in practice (Gillespie, 2018, pp. 6,33). We are part of the digital ecosystem and how each user interacts, matters. Therefore as Rawls implied, we have a responsibility in shaping our environment into a place we would like to be a part of that is beneficial and safe for everyone (Kelty, 2014, p. 156).

Karppinen, K. E. (2017). Human rights and the digital. The Routledge Companion to Media and Human Rights.

Stone, R. (2019). Hasan Minhaj Shows How Hip-Hop Is a Political Tool Outside U.S. Retrieved from https://www.rollingstone.com/tv/tv-news/watch-hasan-minhaj-on-how-hip-hop-is-a-political-tool-outside-u-s-806473/

About Noelia Isla 1 Article
A student majoring in Digital Cultures who is interested in understanding the way that living in the digital age shapes our perceptions of reality.
Twitter

Having 2.70 billion monthly active users, Facebook is the largest social networking service platform that connects people from all around the world. Upon signing up freely with our profiles, we can easily look for […]

The copyright is the most important issue for all global content creators, it includes all the youtubers, singers, or any other intellectual properties that available on the online environment. According to the readings “How Copyright […]

The Development and Rise of TikTok

Introduction In just four years of existence, TikTok has become an indispensable tool of social interaction and internet culture for Generation Z. This critical analysis on TikTok will examine the app’s transformative effects on the […]