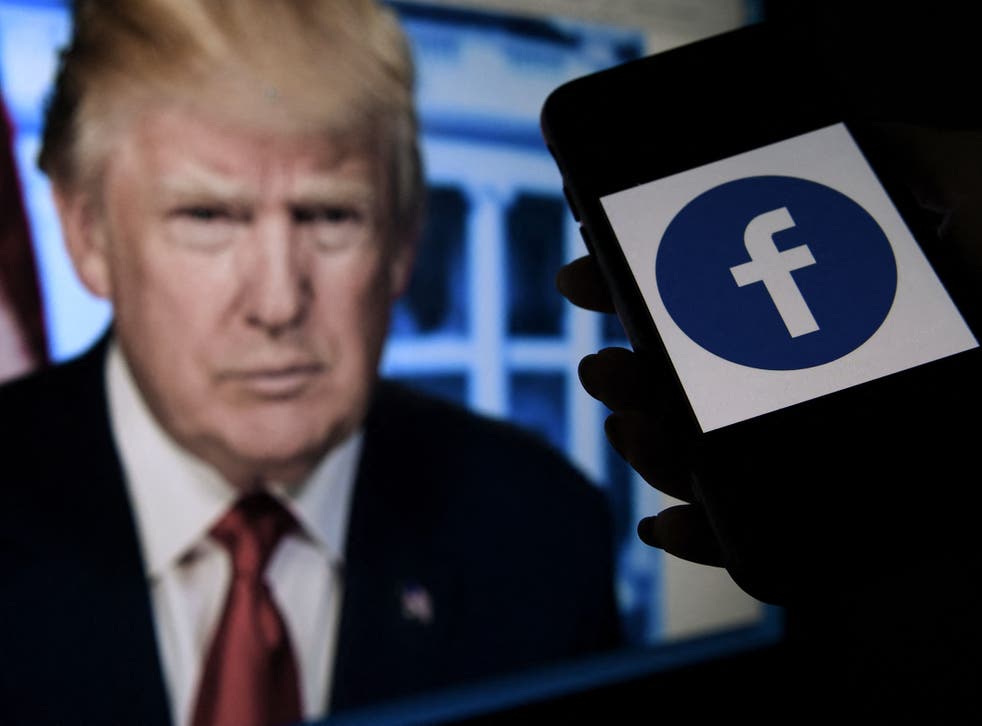 Mr Trump’s social media accounts were suspended on January 6 for several posts he made in the lead up to the US Capitol insurrection. The decision marked the first time Facebook had blocked a current president, prime minister or head of state over a post they had made.

While upholding the suspension, the board faulted Facebook in a statement for the way it made the decision. The board said the ongoing risk of serious violence justified Facebook’s suspension at the time, but said it “was not appropriate for Facebook to impose an ‘indefinite’ suspension.”

The board said Facebook was seeking to avoid its responsibilities by applying “a vague, standard-less penalty” and then referring the case to the board to resolve. “Indefinite penalties of this sort do not pass the international smell test,” oversight board co-chair Michael McConnell said in a conference call with reporters.

“What Facebook, Twitter, and Google have done is a total disgrace and an embarrassment to our Country,” Mr Trump said. “These corrupt social media companies must pay a political price, and must never again be allowed to destroy and decimate our Electoral Process.”

At the time of the suspension, Facebook Chief Executive Mark Zuckerberg said in a post that “the risks of allowing the President to continue to use our service during this period are simply too great.”

About Hannah S. 1 Article
Hi I'm Hannah! I'm double majoring in Digital Cultures and Marketing at The University of Sydney!

However, the board also said Facebook will have to “reassess” the indefinite ban it gave to Mr Trump within six months.  While upholding the suspension, the board faulted Facebook in a statement for the way […]

WeChat: The Everything Platform

In the era of mobile Internet, it is necessary to “choose the right innovation at the right time” to make a success (Zhu, 2018, p.33). As a brand-new mobile social network platform, WeChat has not […]

While upholding the suspension, the board faulted Facebook in a statement for the way it made the decision. The board said the ongoing risk of serious violence justified Facebook’s suspension at the time, but […]