With the development of the times, the Internet has now become the center of many people’s daily lives. Facebook, YouTube, etc. have become important tools for social networking and meeting friends (William, 2009). Under the leadership of such an era, we are flooded with technology. life of one person. Originally, the five major technology companies, Google, Amazon, Facebook, Apple, and Microsoft, were collectively called BigTech, and later used to refer to technology companies with huge users and businesses.

Techlash was created by The Economist in early 2018 to describe the growing dissatisfaction of the public, politicians, and governments with the power of BigTech because at the same time they are also monopolistic giants. In the 21st century, more and more companies are appearing in a highly competitive market, so the public also has many concerns behind techlash.

Companies with a monopoly position use their strong market positions to formulate rules, resulting in situations where small companies cannot survive and the phenomenon of market disorder. In 2017, as audiences and advertisers gradually turned to the Internet, Google and Facebook in particular accounted for the largest share of Internet advertising revenue (Gjorgievska, cited in Picard & Pickard, 2017). In the next two years, Google controlled nearly 90% of search ads, Facebook controlled nearly 80% of mobile social traffic, and Amazon controlled about 75% of e-book sales (Kolbert, cited in Flew & Suzor, 2019). It can be seen that on the digital platform, several giant companies occupy most of the resources and have made a lot of benefits. Therefore, other small and medium-sized companies will greatly reduce their advertising revenue, leading to their survival crisis due to insufficient revenue. And, just a few days ago, Facebook stopped operations for 6 hours due to a server failure. This situation not only affects users but also affects customers who generate revenue such as advertising businesses. So this is unfair competition caused by monopoly.

Figure 2. “facebook-google” by TCIJ is licensed under CC BY 2.0

When social platforms collect personal data, they often collude with advertisers to accurately place advertisements. When many users’ information is collected completely, it will have great value, that is, sell users’ attention and time to Customers. According to the survey, most social media companies found that by collecting and mining user data, more revenue can be obtained, including user profiles, posted content, search queries, activity trajectories, etc. These data can be used for better positioning All ads can be sold to customers and data brokers (Tarleton, 2018). Therefore, such an approach seriously violates the user’s privacy and endangers the user’s network security.

In addition to bringing unfair competition and infringing on user privacy, Techlash also uses filter bubbles to try to manipulate user preferences, and even brings concerns about undermining the diversification of news and publishing. The filter bubble is mentioned in the book “Don’t let the algorithm control you”, that is, when Internet companies filter information for users, they only recommend content that they like to cater to users’ likes, resulting in content that is different from user values. Will be excluded because of the algorithm (Pariser, 2011). In addition, some websites emphasize that they only host content, not only to regulate and delete content but also to sort the content in a specific way (Tarleton, 2018). For traditional news publishing houses, large technology companies have disrupted the Australian traditional media market and even squeezed the survival of traditional publishing. Because the revenues of traditional printing publishers, including their print and online advertising businesses, even after most of them are transferred to the Internet, revenues continue to decline (Australian Competition and Consumer Commision, 2019).

These concerns are addressed by governments, by civil society organizations, and by the technology companies themselves

Regarding the various worries currently hidden behind Techlash, the government, civil society organizations, and technology companies are all solving these problems in their respective roles.

For the government, its supervisory enforcement power will be stronger, because a good external supervision system can implement the industry’s rules through the law, making supervision more effective. In the hearings held in the 115th Congress, executives of Facebook, Google, and Twitter all announced new policies to increase the transparency of the people who buy political ads on their social media platforms and the information they promote. In addition, in 2018, the CEO of Facebook stated that he would support the federal supervision of his company. The other two Senates also support further supervision and jointly launched the “Social Media Privacy Protection and Consumer Rights Act of 2018” (Thomas, 2019). Not only that, in a professional digital platform branch established by ACCC to establish and develop the digital market, to implement the competition law and consumer law related to the behavior of the digital platform, to solve the problem that consumers receive The harm (Australian Competition and Consumer Commision, 2019).

Figure 4.  “GDPR & ePrivacy Regulations” by dennis_convert is licensed under CC BY 2.0

However, passing government supervision will lead to actions that are too slow to keep up with the pace of technological innovation. In addition, because the legal systems of different countries are different, the rules formulated by the government are more difficult for cross-border implementation. For example, the introduction of the General Data Protection Regulation has great positive significance for the protection of personal rights, but the scope of law enforcement is only applicable. In the EU Member States.

For citizens, when civil society organizations themselves participate in the ranks of supervising technology companies, They can not only raise citizens’ understanding of the importance of preserving their rights and interests but also enhance citizen engagement to strengthen public support for supervision and make people aware of the necessity for it. Moreover, citizens can gather diverse forces in society to attract people from all walks of life to discuss.

Nonetheless, because citizen monitoring has not always been as powerful, it is more advocacy and counsel, necessitating collaboration with the government or technology corporations for actual execution.

For companies, the process of government supervision will be more time-consuming, and their self-regulation will be more efficient and faster in execution, which means that consumers can be protected more quickly. And regulators also believe that self-regulation is the most effective, and they tend to formulate policies to supplement this regulation (Tarleton, 2018).

Whereas there are potential risks for technology companies themselves. Platforms usually portray themselves as open, fair, and non-interfering, partly to avoid obligations and responsibilities. For example, Twitter stated in its community guidelines that everyone should create and share ideas and information without obstacles (Tarleton, 2018). But this only emphasizes the open field of content, and it is not known whether it is implemented. Additionally, companies’ self-monitoring and self-interest growth are contradictory. Their main motivation is to achieve profits through business growth and global expansion without considering public value. It is difficult to ensure fairness and justice. Therefore, self-monitoring tends to be lax, which leads to a series of problems mentioned above. 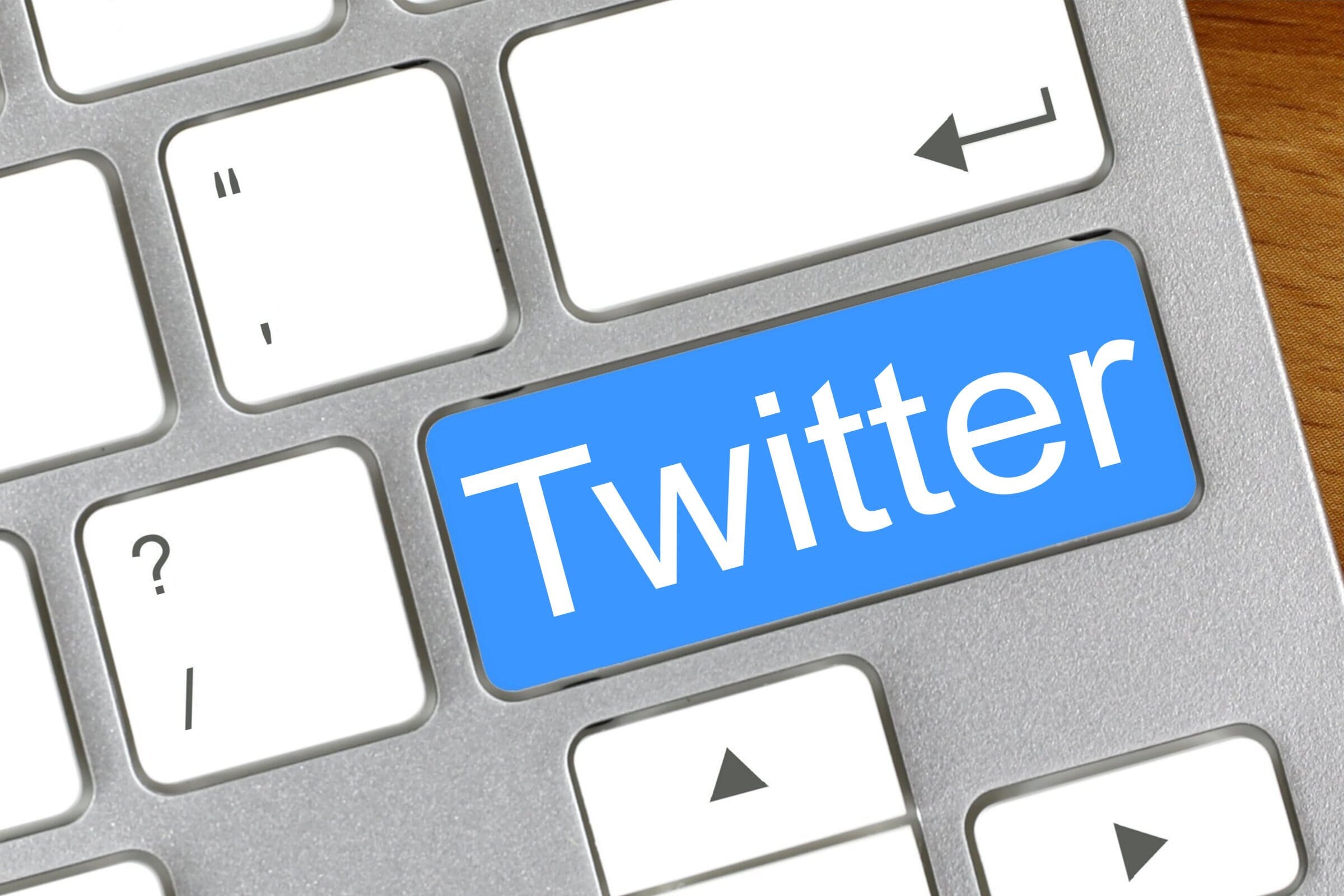 In general, Tech is dissatisfied and worried about the growth of BigTech. What hides behind it are unfair competition after monopoly, infringement of user privacy, as well as various concerns about filter bubbles and undermining the diversification of press and publishing. Under such circumstances, the government implements laws and external supervision systems, civil society organizations raise awareness and build forces, and technology companies conduct self-supervision. Each role has its role. Of course, in the 21st century where technological innovation is inevitable today, the Internet belongs to everyone. What everyone needs to do is to unite and become a global online community (Berners-Lee, 2019).

Eli, P. (2011). The Filter Bubble: What The Internet Is Hiding From You. London: Viking

Weibo: The shaping and operation of Chinese-style microblog platform

Introduction Weibo is a social media site named after the Chinese translation of microblog. It is one of the most influential websites in China. This article focuses on what factors contribute to the construction of […]