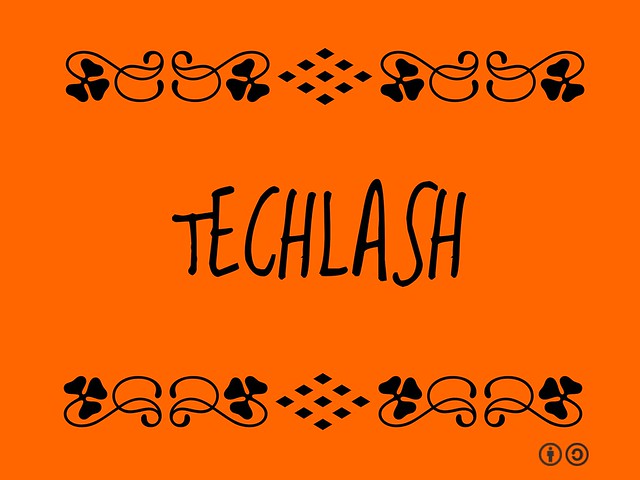 Since the Internet and other technologies began to develop rapidly, the world we live in has also changed dramatically. Especially in the last decade, because of the rise of technologies like the Internet and artificial intelligence. People’s lifestyles have changed, and their living standards have improved. An efficient and convenient lifestyle has become a common phenomenon. There is no doubt that the development of technology is generally beneficial to the progress of human society. However, at the same time, rapid innovation and development of technology can also bring serious problems.

This has led to a new word: “techlash”. The concept of the word “techlash” was originally coined by Adrian Wooldridge (a columnist and editor with a PhD from Oxford University) in 2013. He combined the word tech and backlash. Five years later, Rana Forooha officially bring out the word “techlash” and use it to describe the growing public animosity towards large Silicon Valley platform technology companies and their Chinese equivalents (Foroohar, 2018). To put it more bluntly, “techlash” is a backlash or negative reaction to those tech giants and their products and employees. This is also the public’s concern about excessive innovation and technological development, which brings different issues, such as privacy protection and so on. 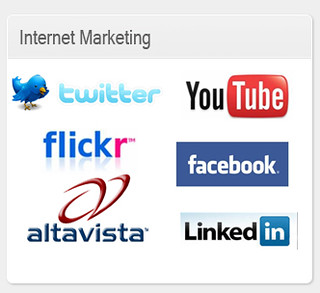 Concerns from the public

Due to the rapid development of globalization of these Internet companies, many small and medium-sized enterprises and companies have been eliminated. Gradually, these Internet technology giants have turned from industry leaders to monopolists. As the Internet industry has become one of the most popular industries in the world, such a monopoly phenomenon will not only lead to the monopoly of technology and resources in the industry but also the monopoly of the information source of the media platform. Flew, Martin and Suzor illustrate that we were heading from an open Internet to an age of information monopolies that appear to have come to pass (2019, p. 34).

As social media platforms have become the primary or even the only source of information for the masses today, these platforms and the Internet environment have become a fierce arena for social groups and political institutions to compete for power through digital communication channels (Smyrnaios, 2019, p. 443). Therefore, these Internet technology giants are either actively or passively involved in these competitions. Over time, these companies have become an oligopoly that governs the information heart of our societies (Smyrnaios, 2019, p. 443).   According to Mr Staltz’s tally, Google and Facebook now control 70% of Internet traffic (2017). Kolbert’s statistics also point out that Google controls nearly 90% of search ads, while Facebook controls nearly 80% of mobile social traffic (2017). They can help spread information and news, as well as help block or eliminate specific information, ideas, and voices.

In addition, the industry monopoly caused by these giant companies is not conducive to the development and progress of the entire Internet or technology. These monopolies lead to hoarding of talent and waste of resources. In the Internet technology industry, the emergence of new and good companies, enterprises and products through iteration is what the public wants to see. Blindly controlling and monopolizing the market will destroy the original development process and creative potential of the industry. 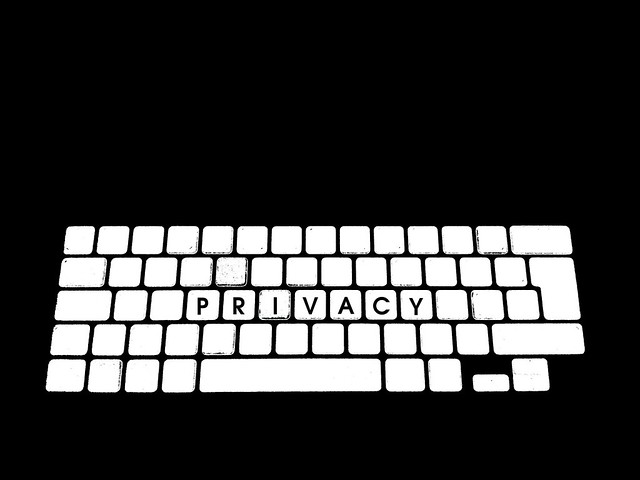 Infringement of user privacy is another current public concern. This phenomenon is also due to industry monopolies, giant companies hold a lot of private information about their users. This buried huge hidden trouble for user privacy leakage. Not only these giant companies, small and medium-sized companies also having a serious lack of privacy protection for users. As well as their monopoly on the source of information, the extent and amount of control they have over users’ privacy is terrifying. Such private information includes but is not limited to basic personal information, home address, social networking habits and online orders. Sometimes, due to the particularity of some software or website functions, the public can accept the input of the above privacy information, but this does not mean that the public will accept the leakage and trafficking of their private information.

As an example, Google makes hundreds of billions of dollars selling information about the sociodemographic characteristics, interests, and intentions of vast numbers of users (Smyrnaios, 2019, p. 445). It is the public’s excessive reliance on Google’s various products and apps that leads to this problem. We can define such privacy information leakage as the result of industry monopoly (users and resources). The leakage and sale of users’ privacy also interfere with the daily life of the public to a certain extent, such as spam text messages and crank phone calls. As mentioned above, the public accepts the entry of private information, but their concern mainly lies in how these companies and enterprises protect their private information. According to “Digital rights in Australia”, 78% of the respondents want to know what social media companies are doing with their data, and 67% of them have taken positive steps to protect their privacy. Another 57% are concerned about their privacy being invaded by corporations, and a significant number are concerned about the government (47%) (Goggin et al., 2017, pp. 17–18). These data perfectly confirm the public’s panic about privacy leakage, and some people must take the initiative to remedy it. 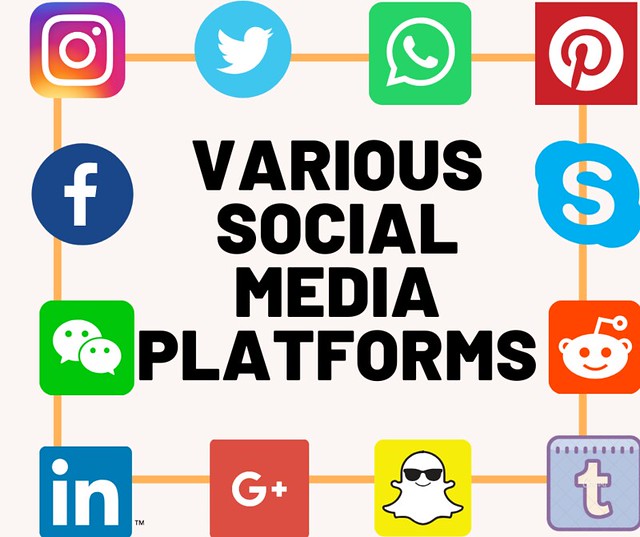 These two concerns may not be as serious as the first two, but they have aroused a great deal of discussion in society. Fundamentally speaking, the concerns mentioned in this paper are all caused by the industry monopoly of Internet technology. However, to solve this problem, we must take various measures, and it is inevitable to spend a lot of time and human resources. Back in 2017, they raised the question of whether existing forms of media policy and regulation could address these concerns (The Economist, 2017, pp. 34).

Regulation as a solution 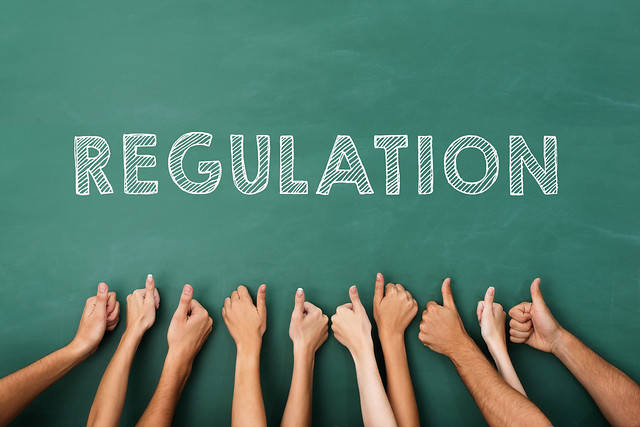 Image 5. regulation by Mike Cohen is licensed under CC BY 2.0

Only when these problems began to affect their reputations, profits and operations did the tech giants realize the seriousness of the problem. But because monopolies and the sale of private information can be hugely profitable and help companies strengthen their position in the industry, few companies take the initiative to establish self-regulation in these areas from the beginning. This requires the intervention of the country’s government agencies to achieve the purpose of management and supervision. The goal is not to let the flood of technology reduce the well-being of individuals and society. Nowadays, governments now subscribing (in various ways) to a somewhat sprawling regulatory agenda (Schlesinger, 2020, p. 1548).

A few years ago, two of China’s most popular children’s cartoons Pleasant Goat and Bonnie Bears were under rectification, because it contains many pieces involving violence (such as the people tied to a tree and burning tree trunks to intimidate others) and this led directly to the kid’s imitation, they tied their companions on a tree and then lit the tree trunks, finally caused their companions burns. Therefore, China’s State Administration of Press, Publication, Radio, Film and Television immediately issued an emergency notice to several animation companies at that time to guide animation production and sent a monitoring team to the company (Chen, 2020, p. 5). Eventually, the production companies of Pleasant Goat and Boonie Bear took a series of measures to regulate content creation, including redesign/production/editing, Film submission, and script update to prevent the occurrence of similar misguidance events (Chen, 2020, pp. 9–10).

Self-regulation is undoubtedly the most effective way to address these concerns if Internet technology companies are really willing to do so. It saves time getting familiar with the company and makes the regulatory regime clearer and clearer than government regulation.

In the FYA report, the CEO of Peers.org suggested that digital talent platform companies should consider supporting the establishment of an independent benefits platform, because of the phenomenon of self-regulation, a platform to protect the interests of employees was born (Owen AM, 2015, p. 42).

To sum up, Techlash is a new age phenomenon, which is the public’s fear and negative reaction to something unknown or temporarily unknown. This phenomenon has also sounded the alarm to the world, the Internet and other technology industry excessive innovation and reckless development will bring a lot of trouble and problems to human society. Monopolized resources, controlled sources of information, privacy leaks, rising unemployment, misguided acts of violence and hate speech, and much more. Of course, there are always solutions. However, at this stage, government regulation is still the main force to solve the problem. The self-regulation mechanism of companies and enterprises is still in the process of growth, and we will not see significant results soon. The author personally believes that civil society organizations and institutions cannot provide much effective help on these issues.

Owen AM, J. (2015). The new work order Ensuring young Australians have skills and experience for the jobs of the future, not the past. (pp. 1–50). Foundation for Young Australians. fya.org.au