With the development of the Internet, there are several changes in the social structure. Compared with traditional media, digital media companies and digital platforms have a broader user base and hold an increasing share of voice by virtue of the Internet’s high communication nature. The growing influence of digital media companies and digital platforms has prompted governments to communicate with them, which allows them to more easily access information that is difficult for the general public to obtain. While it is true that such a development of the Internet has narrowed the distance between social classes to some extent from the point of view of popular organizations and government classes (Popiel, 2018), in reality, the media companies and platforms that have access to such resources have become part of the bourgeoisie. Instead, as more and more redundant information becomes available, the conditions for the general public to access real information become increasingly demanding. Thus for the population, social classes are more significantly stretched. 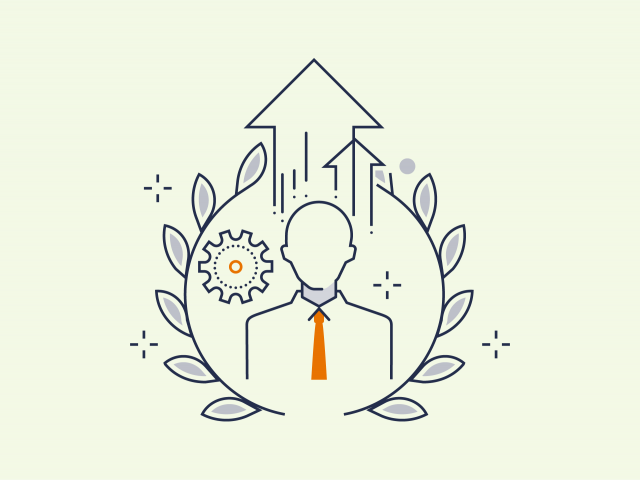 The Aspect of Reducing Inequalities

First of all, on one hand, it is undeniable that the Internet does facilitate the mobility between media workers and government personnel. Popiel’s (2018) article notes that media workers have more intensive contact with government personnel and that regulators return to the masses at the end of their terms to seek employment in the industries they regulate – creating “the revolving door”. Meanwhile, not only media companies that benefit from the wide distribution characteristics of the Internet but also the Internet offers the public a lower threshold of access to information. In other words, through the Internet, the general public has access to a wide variety of channels to learn about and reach out to other classes. In addition, the public also has a more convenient platform to voice their opinions, ask questions and make suggestions to regulators, and inject their voices into decision-making (Popiel, 2018). Hence, it can be seen that the Internet facilitates mobility across classes, with the population gaining more opportunities to touch, monitor, and even join higher classes, as well as regulators returning to the mass areas they monitor to advise current regulators with a more understanding perspective. In this way, a highly mobile class status also weakens the threat of structural inequality due to class entrenchment.

The Aspect of Increasing Inequalities

However, on the other hand, the Internet does not really narrow the class gap as most media propaganda suggests; on the contrary, it exacerbates the inequality of social classes. The media once stood against capital and published overconfident predictions of the Internet, yet time proved that these expectations did not come (Karpf, 2018). At the same time, reality shows that the current Internet environment may have instead exacerbated the gap between classes.

In the first place, to reach the level of government regulation, the media definitely needs to have a certain influence and its breadth of information dissemination must also have the ability to become phenomenal. When the media company or platform is able to have close communication with government personnel, it completes the transformation of the capital class. With this relationship, media companies can access accurate and authoritative information more conveniently than the general public. However, in order to protect their interests, each media platform will filter the information and post only what they “want their users to see” in their own forums. The impact of information transmission is received, users react to it, and even thus influence government decisions. From this aspect, we can see that there is a problem of unequal access to information between media companies and the general public. With the rise of mass consciousness and the ongoing rethinking of anti-capitalism itself, as well as the frequent revelations of rival scandals between media companies in order to compete, mistrust and suspicion have been festering. Users are increasingly tired of judging the authenticity of online information, evolving to a later habitual distrust of media platforms. In this environment, some works describing the media and IT industry as profit-oriented keep appearing (Flew, 2019). Inflated mistrust drives governments to tighten regulation of the media industry, yet the masses who receive redundant information can somehow influence government decisions and even breed mistrust of government departments. The individual factor also exacerbates the social class divide and fails to produce meaningful social change (Lusoli & Turner, 2021).

This vicious circle exacerbates the conflict between classes: media companies face constant hearings and new restrictions, regulators are under pressure to develop effective constraints, and users are constantly denied efficient access to effective information and are forced to “keep their privacy in the air”. Classic examples are massive and high-impact media companies like Google and Facebook. Google induces users to agree to its terms and conditions to obtain their personal information. This behavior substantially violated users’ privacy rights, and Australian regulators took restrictive measures against it. However, Google was unwilling to comply and continued to claim within the platform that it was not illegally obtaining information from users. Besides, Wikipedia’s political inclination to ignore the contributions of its contributors and dismiss Chinese editors from their jobs, which is detrimental to freedom of expression, still exists. The public discussion about politics has increased, but by the same token, the platforms will only let out the news that is favorable to them, so, unfortunately, there is a high probability that political discussions on the platforms are biased. In this case, the class solidification becomes increasingly serious.

To sum up, the development of the Internet has both positive and negative effects on social class inequality. On the positive side, the development of the Internet has given lower-class individuals a lower threshold to achieve class crossing. On the negative side, it exacerbates the conflict between classes and creates a vicious circle of mistrust, which instead solidifies classes. The general public has unequal access to information with the Internet moguls and is inadvertently forced to participate more in political discussions. Nonetheless, as mentioned on the show Real Time with Bill Maher (2021), conflicting views among users can increase the heat of media news – which is exactly what media platforms want to see. Probably, stopping excessive political discussions and thinking more critically and multifaceted is the way to solve social class inequality.

2020-11-22 Kaitlyn Briden Assignment 2 Comments Off on Reddit: a breeding ground for toxic techno-cultures

If you’ve ever used the internet or read the news, you’ve probably already heard of Reddit. It was created by two University students in 2005 as an “online bulletin board for the web”, a simple […]

Bleak. The one word I think best describes the vision of the future portrayed in Fifteen Million Merits, the second episode of Black Mirror aired by Channel 4 and now available on Netflix. This description […]

Black Mirror’s ‘Shut Up and Dance’ is far from fiction

2021-10-13 Anthony (Antonios) Giannopoulos Assignment 2, Group 9 Comments Off on Black Mirror’s ‘Shut Up and Dance’ is far from fiction

Content Warning: The following material includes references to sexual themes and pedophilia, which may be harmful or traumatising to some audiences. Black Mirror is a sci-fi TV series which explores the dangers that may arise […]