What is meant by “techlash”? Discuss the public concerns that lie behind the techlash. To what extent can these concerns be addressed by governments, by civil society organisations, and by the technology companies themselves?

The Internet consists of individuals that get services from companies, governments and universities in this rapid technologically developed genre. In the intensely competitive and globalized market, technology companies invincibly use technologies and unknowingly or impulsively create social or cultural concerns that cultivate the term ‘techlash’. The purpose of this essay is to analyze the public concerns that arise by techlash that severely affects the technology companies and civil society organizations. In order to make the critical evaluation more representative and analytical in nature, a wide range of academic sources is internalized in the form of making an emphasis. Apart from this, the role of governments, civil society organizations and technology companies is also analyzed in the inception of core academic knowledge and perspectives.

Techlash in the age of the internet and internetworked technologies –

According to Hemphill (2019), social media companies are instrumentally related to the epicentre of ‘techlash’ in the context of perceived violating consumer privacy and wielding monopoly power in the United States. In association with this scholarly driven idea, it can simply be interpreted that techlash is a strong and unavoidable negative reaction or backlash against the largest technology companies, their employees and products. In the realm of politics and the history of ‘techlash’, the surprise election of Donald Trump in 2016 raised issues about the capacity for manipulating social media algorithms with misinformation and fake news. This view can be supported with the academic doctrine of Su, Lazar & Irani (2021) that addresses that techlash plays a key role in encapsulating a breaking point with the critique of technology companies that simultaneously troubles tech workers in operating technologies with rationality and optimism of tech cultures of the United States. In a relationship with this academic concept, it can also be personified that social media companies vehemently optimise the internet and internetworked technologies that ultimately cultivates complexities in regulating global digital platforms on an international scale. The resurgence of the Internet and internetworked technologies is inherited from the early computing age to the post-digital media age. This invincible digital transformation has unintentionally put the tech workers and tech firms such as social media companies in vulnerabilities that result in generating a strong negative reaction in the name of ‘techlash’. However, Kemmer et al., (2019) in their research paper argued that ‘techlash’ and ‘fake news‘ exponentially emerge across the nation of the United Kingdom and Germany. In regard to this scholarly doctrine, it can be encapsulated that techlash generates a fragmentation of international technology companies in the age of the internet and globalization by affecting consumer organizational behaviour and brand value within the market dynamics. The research paper of Weiss-Blatt (2021) reflects that tech crisis communication is intercorrelated with the aspect of techlash for tech firms. In the context of facing organizational vulnerabilities, the tech firms face workplace inflexibilities that ultimately result in perceiving issues to generate digital solutions and arise the issue of tech crisis communication. Consequently, certain public concerns in the name of social issues and cultural issues are raised from techlash in different technology companies on an international scale.

In accordance with the words of Mazurek & Małagocka (2019), customer privacy concerns are intrinsically emerging in the realm of excessive utilization of digital technologies in the technology sectors. In conjunction with this academic viewpoint, it is admissible to accentuate the fact that techlash has created certain public concerns that raise questions about the confidentiality of consumer data and privacy settings. In this regard, the leading global technology companies face consumer privacy concerns in the context of perceived consistent repercussions of techlash. According to the research of Su, Lazar & Irani (2021), techlash awareness began in 2016 in the US after major concerns about privacy and data security. Various public concerns such as data safety, data security, personal privacy, and others were observed in the context of politics, history, economics, as well as cultures. Su, Lazar & Irani (2021) stated that techlash antecedents can be traced back to politics and economics. It has been reflected that economic dynamics and policies are responsible for the exploitation, precarity, and doing harm to people. This was the initial phase that led to the emergence of techlash. The research of Siurala (2021), suggested that till 2010, people were positive towards the application of social media. However, after the revelation of dark secrets of social media by Edward Snowden in 2013, people were aware of the use of Facebook and other personal data for politics and other manipulation. Techlash has led to severe social and cultural issues. Siurala (2021) argued that Facebook has been one of the major contributors to techlash. His report reflected that Facebook has been accused by more than 1000 companies including major brands such as Coca-Cola, Adidas, Volkswagen, and others for not stopping hate speech in the social media against their advertisements. This has further led to boycotts of their advertisements. Due to these issues, there have been various changes across the cultural and social aspects; especially for tech company workers. Su, Lazar & Irani (2021) reflected that company workers are now advised to not indulge in discussions on misinformation, data privacy and other factors. The research of Siurala (2021) reflected that positive perception of technology dropped from 71% to 50% in 2019. Tech companies have often been accused of illegal data extraction, data analysis using AI and other algorithms, and selling analysis of these data for commercial purposes.

The role of governments, civil society organizations, and technology companies in addressing the identified concerns –

According to the research of Satariano (2018), data privacy policies have been implemented in order to protect consumer data privacy across the world. Satariano (2018) further reflected that the application of the “General Data Protection Regulation (GDPR)” has been included in order to protect consumer data from unauthorised use, analysis, or sale. Governments are now responsible for the protection of personal data privacy around the world. On the other hand, the research of Chang et al., (2018) stated that in the era of big data analytics unauthorised use of personal data is one of the eminent threats. Privacy is one of the major concerns for personal data usage. Thus the application and abiding of data privacy regulations have been mandated across the world. The EU GDPR, “Fair Information Practice Principles (FIPPs)”, and various other policies are enacted in order to protect the personal privacy of the consumers from unauthorized data usage. On the contrary, the research of Kshetri (2017) reflected that companies now use various technologies such as cloud and blockchain technologies in order to enhance data security and privacy for consumers. The research further stated that the application of blockchain technology for IoT devices and other remotely operated devices that hold consumer data can be secured with the help of blockchains in order to prevent any data leaks and data theft for unauthorised data analysis. The research of Stahl & Wright (2018) stated “information communication technology or ICT” is one of the major contributors to economic and social development. Thus regulation of this technology is necessary for the privacy protection of the consumers. Application of various data protection policies has been included by companies in their “smart intelligent systems (SIS)”. These contributions have made a significant impact on addressing the data privacy concerns of consumers.

In conclusion, techlash has left a severe impact on consumer data privacy and data security. This era of digital transformation has included various technologies such as AI and big data analytics that use consumer data in order to present user-friendly suggestions. However, techlash reflected that user data is often used without their permission for various unauthorised activities. This has led to increasing concern about data security and personal privacy. However, in order to mitigate these emerging concerns of techlash, governments, civil society organisations, and companies have taken measures for data protection. The enactment of data protection regulation and implementation has resolved various issues related to consumer data privacy as well as shaped data usage guidelines for the companies. Additionally, the implementation of different technologies such as blockchain technology has been observed to enhance data privacy for consumers.

Siurala, L. (2021). YOUTH WORK AND TECHLASH What are the new challenges of digitalisation for young people?. 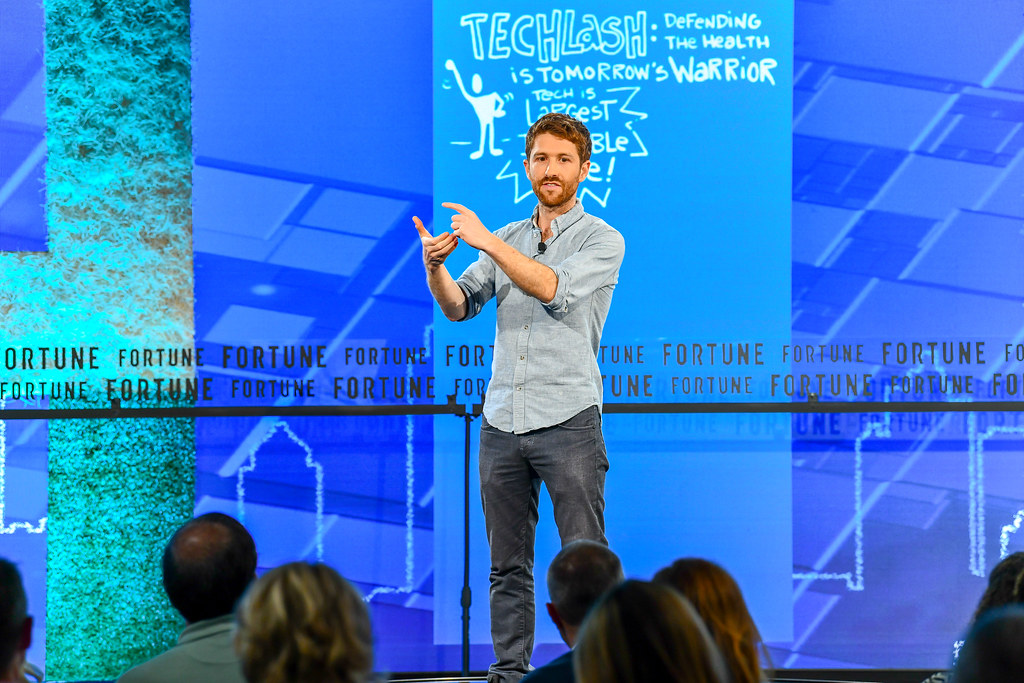 Ban or Not: In 6 months, Facebook will re-evaluate Donald Trump’s indefinite ban.

“In a statement, Trump claimed that Facebook and other tech companies had infringed on his free speech rights by banning him from their sites.”   The indefinite suspension of former President Donald Trump’s Facebook and […]

WeChat: The Everything Platform

In the era of mobile Internet, it is necessary to “choose the right innovation at the right time” to make a success (Zhu, 2018, p.33). As a brand-new mobile social network platform, WeChat has not […]

How Does Tencent Become into a Big Giant Tech Company?

2021-10-17 02YUCHENG Assignment 2 Comments Off on How Does Tencent Become into a Big Giant Tech Company?

Author: Yucheng Mu (Francis), (10.17.2021) Introduction: I am going to introduce a company named Tencent. It is a famous technology company for its social network systems and video games, and investments strategies. As the top […]