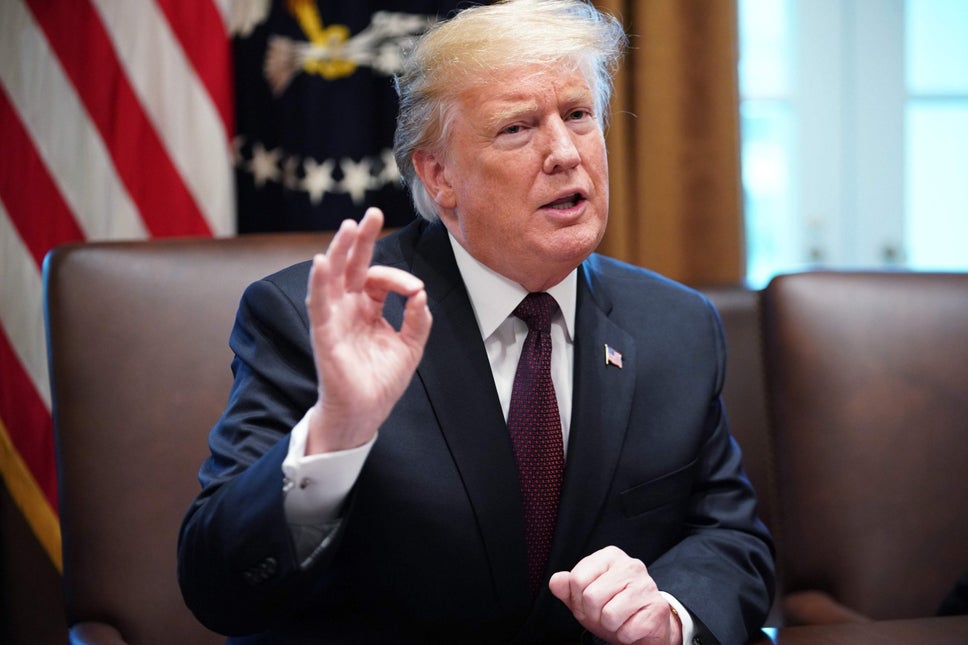 Trump’s response to the suspension

Mr Trump’s social media accounts were suspended on January 6 for several posts he made in the lead up to the US Capitol insurrection. The decision marked the first time Facebook had blocked a current president, prime minister or head of state over a post they had made. “We love you. You’re very special,” he said to the rioters in the first post. In the second, he called them “great patriots” and told them to “remember this day forever.”

In response to the board’s decision, Mr Trump released a statement accusing social media companies of violating his free speech. “What Facebook, Twitter, and Google have done is a total disgrace and an embarrassment to our Country,” Mr Trump said. “These corrupt social media companies must pay a political price, and must never again be allowed to destroy and decimate our Electoral Process.”

While upholding the suspension, the board faulted Facebook in a statement for the way it made the decision. The board said the ongoing risk of serious violence justified Facebook’s suspension at the time, but said it “was not appropriate for Facebook to impose an ‘indefinite’ suspension.” Those violated Facebook’s rules against praising or supporting people engaged in violence, the board said.

The board said Facebook was seeking to avoid its responsibilities by applying “a vague, standard-less penalty” and then referring the case to the board to resolve. “Indefinite penalties of this sort do not pass the international smell test,” oversight board co-chair Michael McConnell said in a conference call with reporters. At the time of the suspension, Facebook Chief Executive Mark Zuckerberg said in a post that “the risks of allowing the President to continue to use our service during this period are simply too great.”

2022-10-11 Monique Minhinnick Group13, Uncategorized Comments Off on We need to diversify on a large scale – Tech concentration and how it impacts you

Once associated with diverse collaboration and open access, the internet stands far from the original doctrines which it promised. Quickly commercialised, network effects and little governance have seen the concentration of power and influence on […]

Introduction More and more aspects of daily life are being facilitated by digital platforms, which have also generated a staggering amount of wealth, social status, and political influence for investors but have also offered benefits […]

That Man finally got banned!

2022-08-10 QIANLAN GAO Uncategorized Comments Off on That Man finally got banned!