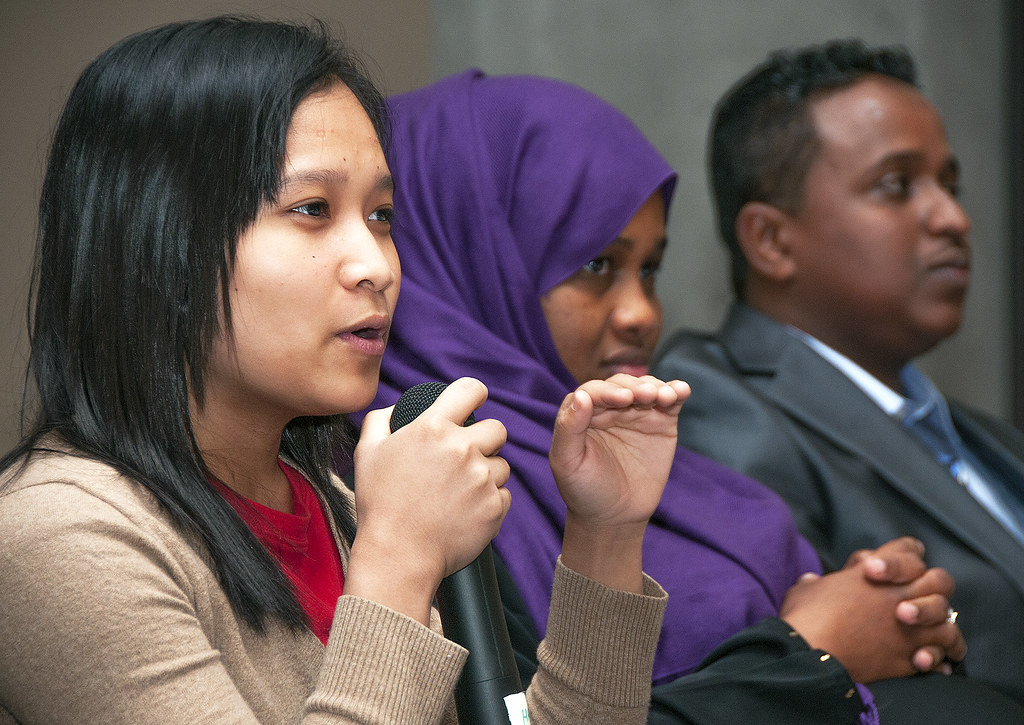 The marginalization of diverse communities is becoming an increasingly important and visible topic by multicultural societies. Popular discourse is frequently shared by users on internet platforms that reflect their own opinions or experiences. But while the design of the internet has been guided by a principle of universal accessibility, it is a system that remains intrinsically tied to the diminishment of minority groups and their cultural sensitivities. In order to address how this is possible and continuing to negatively impact contemporary societies, a pointed look at the representation of minorities will be contrasted against the demography of the technology industry to analyse the long-standing impacts of these factors as institutional, systemic shortcomings.

One of the major problems of consequence from this subject is centered on the representation of minorities on the internet. Harmful and non-productive stereotypes can be applied along discriminatory ideologies based on race, gender, socio-economic class, or sexual identity, to name a few examples. Such depictions are rooted in historic perspectives and prevalent across forms of mass media that are given amplified by platforms on the internet. Just one case of this argument is the portrayal of Asian characters in film or television using falsified or exaggerated accents to suggest foreign-ness and not deserving of respect (Kim, 2015). They lead audiences to perpetually view this group as outsiders, an opinion that can be extended to everyday interactions with their communities that sees increasing diversification because of continuing globalisation. And, for members of Asian communities that are exposed to such negative representations, it is “likely to create doubts and ambivalence…about themselves as well as about them…” (Kim, 2015, p. 45). The internet is one candidate responsible for such exposures and that originates from its own history of development.

Perhaps one advantageous approach to uncover why digital spaces lack the heterogeneity reflective of modern societies is to seek additional perspective on the guiding principles that first founded the internet. In an interview with Alberto Lusoli, Stanford Professor of Communication Fred Turner provides some insight on this matter by recounting the early history of the American tech industry during the Second World War: 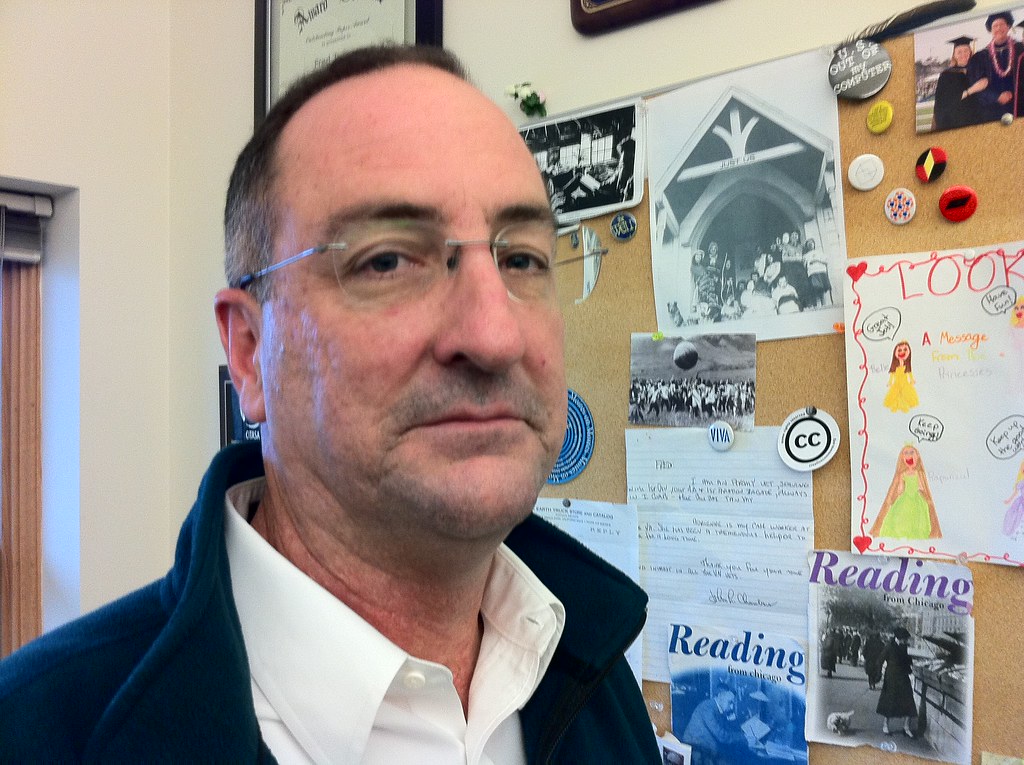 “Fred Turner” by cellanr is licensed under CC BY-SA 2.0

When the only voices that contribute towards the design and creation of a new environment are identical — white, heteronormative, and male-dominated — then it is inevitable that the resulting legacy will be one that is unwelcoming to the contexts and cultural experiences of those outside this space of awareness. When the contemporary digital spaces are derived from these 20th century innovations, it is similarly inevitable for the same homogeneity to be carried down without consideration for the diverse communities that are regularly engaged.

The resulting problem that emerges, then, are the biases hard baked into the ongoing development of the internet that are unable to properly respond when confronted by the lack of diversity present within. Silicon Valley remains on the leading edge of technology, but industry-wide attitudes are prevalent that denigrate the contributions and presence of minorities. Female attrition remains just one issue in an industry compounded by sexual harassment and ageism against women (Burleigh, 2015) and “the majority (nearly 80 percent) of female entrepreneurs didn’t get venture capital but used personal savings as their top funding source (Burleigh, 2015). Such notions are then seen represented within an insular, homogenous community of men sharing the same racial background and socioeconomic position able to perpetuate such inequities in the products they manufacture as a part of the mainstream. 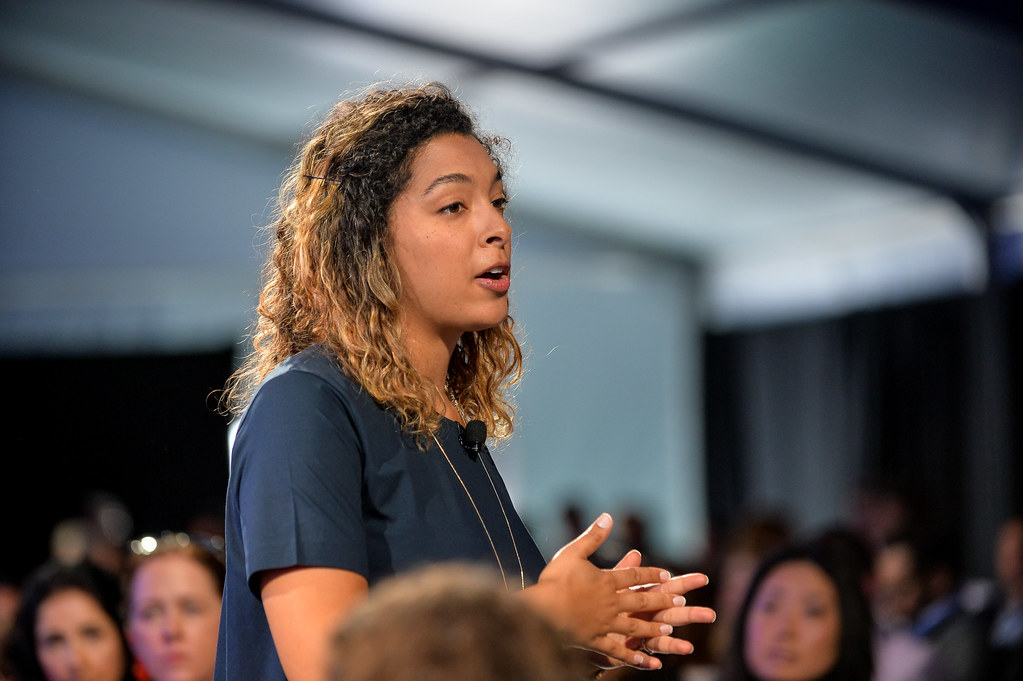 One tool that demands more stringent evaluation are search engines that allow users to navigate the internet and locate resources for information, entertainment, or services. Because search engines provide results based on defined parameters and algorithms determining other popular requests or prompts, they enable criticism of the misrepresentation of diverse communities within the institutional structures of the internet. What is found is the perpetuation of “particular narratives that reflect historically uneven distributions of power in society” (Noble, 2018, p. 71). When the early white, male, middle-class researchers of the mid-20th century first constructed the anatomy of the modern internet, they were able to do so as active members and participants of a social class that frequently marginalised minority groups through harmful stereotypes and by minimising their contributions in society. Cursory searches through Google for “black girls” will return links that are hypersexualised, with immediate connections to pornography rather than any associations to endeavours such as scholarly research or social justice (Noble, 2018, pp. 68-71). This demonstrates the dominant narrative that Noble is describing and the undervaluing of one minority group — black women and girls — along socially defined lines targeting race and sex.

The problem then is the way that diversity is perceived by those who tabulate search results for an audience that does not encompass their identical background and perspectives. Institutions that shape the internet are able to define a narrow band of what they believe are mainstream ideas or conclusions, but they do not properly represent the multicultural audiences they target from a place of condescension. This denotes the systemic persistence of biases that are exposed when diverse communities engage with the same tools that provide them entry into this “universal accessibility”. A search term carries data connecting them to further inquiries that skew resultant interpretations. One instance of searching for female politicians of the German Bundestag returned “many suggestions related to personal and emotional topics, including references to tabloid journalism” (Bonart, et al, 2018, p. 372) rather than information related to policy or electoral districts. By promoting unproductive discourse linked to personal lives rather than professionalism, search engines perpetuate the exclusion of diverse groups that are a part of every society while simultaneously diminishing their contributions.

Thus far, discussion has been pointed at current perspectives and attitudes that shape how the internet represents multifaceted communities which is emblematic of institutional misunderstandings of these complex subjects. But to address where the development of the internet falls short, it is possible to reframe the lens pointed toward marginalised groups to better represent their unique cultural mores and voice. Being more inclusive and conscious of minority groups such as LGBT members provide platforms able to better “promote their empowerment in the political, social, educational, and cultural domains” (Mehra, Merkel, & Bishop, 2004, p. 790). Similarly, applying black feminism to search results can better challenge how “race and gender are socially constructed and mutually constituted” (Noble, 2018, p. 33). These approaches highlight the significance of reforming the institutional behaviours driving the internet. Rather than only showing outside analyses driven by preconceptions, social heterogeneity can better be answered from the perspectives of its participants and their own conceptions of identity. 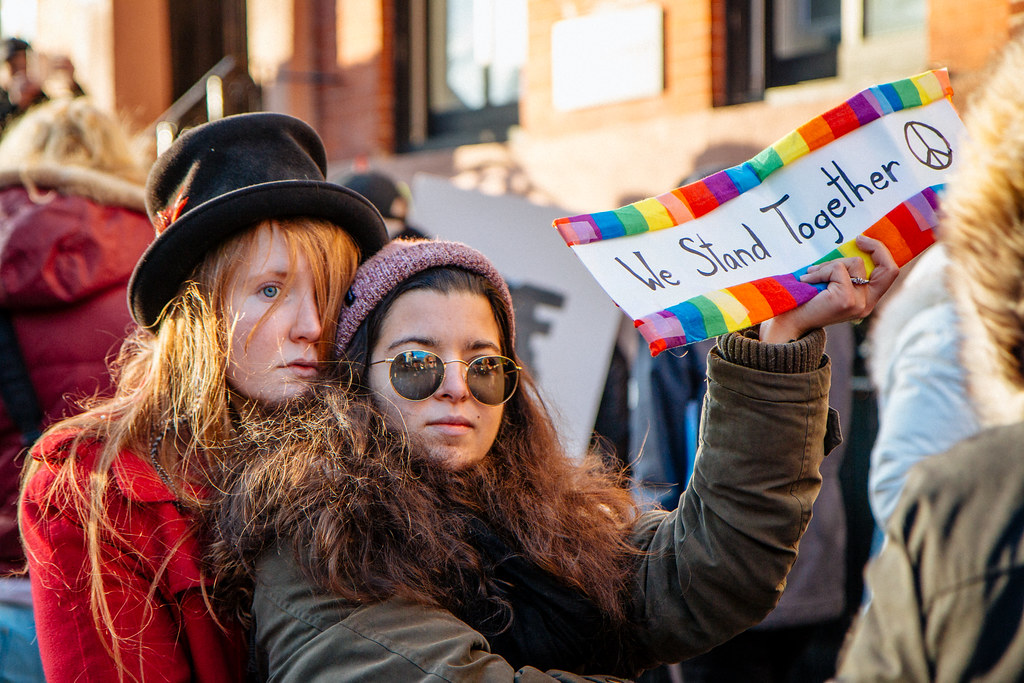 “LGBT Solidarity Rally” by mathiaswasik is licensed under CC BY-SA 2.0

Is it possible to blame any one individual or organisation for the way that diversity is underrepresented on the internet? A simple solution may be found but it still fails to engage the core issues that are responsible for discounting the importance of multicultural societies. The development of the internet has been shaped by its history rooted within traditional structures of social power that has not yet adapted to changing cultural discourse centered on equality. In a 21st-century world more conscious and critical of historic injustices, it is important that the internet reflects such broad social transformations. It is impossible to reconcile the idea of universal accessibility while simultaneously being responsible for marginalising minority voices. Representation is important for how diverse communities perceive themselves and one another, and only through significant foundational changes can the internet move to give prominence to the importance that such diversity brings.

How does a lack of diversity harm societies and individuals?

2022-10-13 BEINI JIANG Wenjia's Fri 9AM Comments Off on How does a lack of diversity harm societies and individuals?

With the continuous development of contemporary digital culture, the Internet has become an integral part of our lives. It is not only a so-called virtual world but every day the content on the Internet is […]

Social Media and Circulation of Problematic Contents Introduction Humans currently rely heavily on digital technologies such as social media. While social media use varies substantially depending on a person’s socio-cultural background and psycho-demographic status, large […]

Who should be responsible for stopping “hate content” on digital platforms and how?

2022-10-09 JUNRU WEI RE11 - James Online Thurs 1pm Comments Off on Who should be responsible for stopping “hate content” on digital platforms and how?

“Social Media Butterfly – Instagram” by Blogtrepreneur is licensed under CC BY 2.0 In the Web 2.0 era, the two most important aspects can be described as “collective Web content generation” and “social media platforms” […]