In recent years, with the rapid development of the Internet, multimedia content explosion has brought a huge amount of information, but at the same time, wrapped in a large number of pornographic, prohibited, violent and other undesirable content of harmful information frequently appear in the network.When the rapid development of content platforms, the phenomenon of being targeted by the gray industry is common, as the “honeypot of traffic”, and use the platform traffic exposure opportunities, planting a large number of spam ads, and some even use it to spread pornography, gambling and drugs and other harmful information.Rampant abuse, hate speech, censorship, bias, and disinformation – our Internet has problems(Suzor, 2019).This article will analyze four aspects of how to effectively stop the damage caused by bad content being distributed on digital platforms.They are Content Audit,Government Regulation and User Self-Check.

In recent years, many applications and web services have been taken down, shut down or urged to rectify because of content security concerns.Online platforms are thus facing huge losses and audit services were thus created.Following traditional network security, content security, which is highly integrated with specific scenarios, is gradually becoming an important lifeline for the development of digital enterprises.Content audit is mainly divided into content Moderation and community management.Gillespie highlights that content moderation receives too little public scrutiny even as it is shapes social norms and creates consequences for public discourse, cultural production, and the fabric of society(Gillespie, 2018).For example, the Chinese version of TikTok has been fined for vulgar content.The regulator said that individual anchors in the tiktok platform in the live broadcast of sexual teasing, sexual innuendo and other acts, part of the live comment pop-ups exist vulgar content, and even some users through third-party contacts to divert to other platforms for illegal and illegal activities.In response to this phenomenon, the official tiktok platform issued a relevant announcement to crack down on the existence of pornographic diversion, vulgar PK punishment, vulgar induced consumption and other violations in the platform. To violators to take an indefinite recall of live power, the circumstances are serious to directly recall the account.And with the rapid development of the Internet, online shopping has become increasingly popular. Consumers have also developed a strong reliance on online reviews.Therefore, fake reviews have also become increasingly rampant and eroded online review platforms’ credibility(Boran & Kevin, 2022).Amazon, a well-known online retailer in the United States, has countless fake reviews on its software. 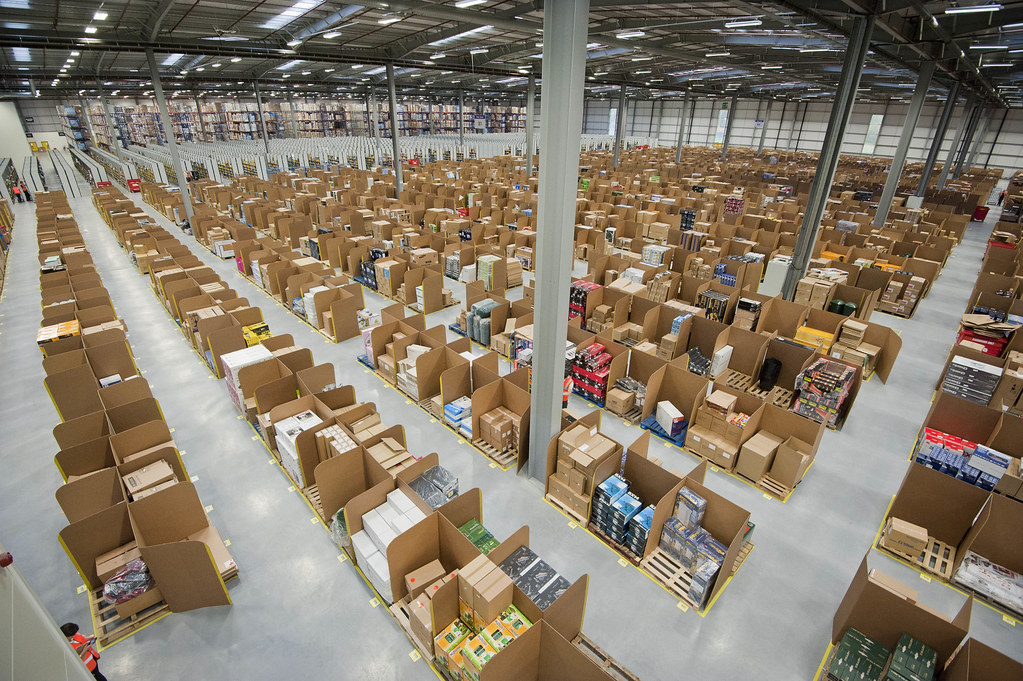 To address the problem of fake reviews, the Amazon platform uses content screening and the creation of community exchanges. Users who buy the same product can communicate in the review section, with quality reviews topped and fake reviews deleted. This regulatory model substantially improves the authenticity of product information and better helps purchasers to select products.The platform’s review of content and management of community communication can largely prevent the spread of false, pornographic, violent and other undesirable information. As a carrier of information, this is their responsibility.

Today’s Internet is so developed that the Internet is no longer a place outside the law. Laws and regulations have followed suit.Many online tweeters are conveying increasingly strange messages. They are full of pornography, violence, bullying and other kinds of bad elements, which can bring confusion to the minds and consciousness of normal Internet users who surf the Internet.If this continues, the network will become a tool of right and wrong, with very serious consequences, and those with serious circumstances need to be dealt with by policies and regulations.Flew,Martin and Suzor suggested that Social media platforms are “inherently global” platforms that challenge digital when considering national and regional regulatory options,to shift the balance between the “social contract” of common interest obligations and the democratic rights of freedom of speech and expression through policy and regulation(Flew, Martin & Suzor, 2019).Internet governance needs to be regulated and managed by the rule of law. Internet platforms need to be cleaned up and reorganized.The Australian Parliament has introduced regulations for fake news.

“Australian Parliament – Senate Chamber” by markehr is licensed under CC BY 2.0.

The emergence of fake news tends to make the online public irrational. The advantages of the Internet itself allow information to break through the limits of time and space. Reduce the cost and risk of Internet users to follow the rumor on the Internet. On an online platform without regulatory supervision, the masses are more likely to bring out their dark side, or even fabricate false information and emotionally express problems.Serious cases can adversely affect public administration such as the government.Australia’s fringe parties have received warnings from the Australia Council for embracing such news as Trump-style conspiracy theories. 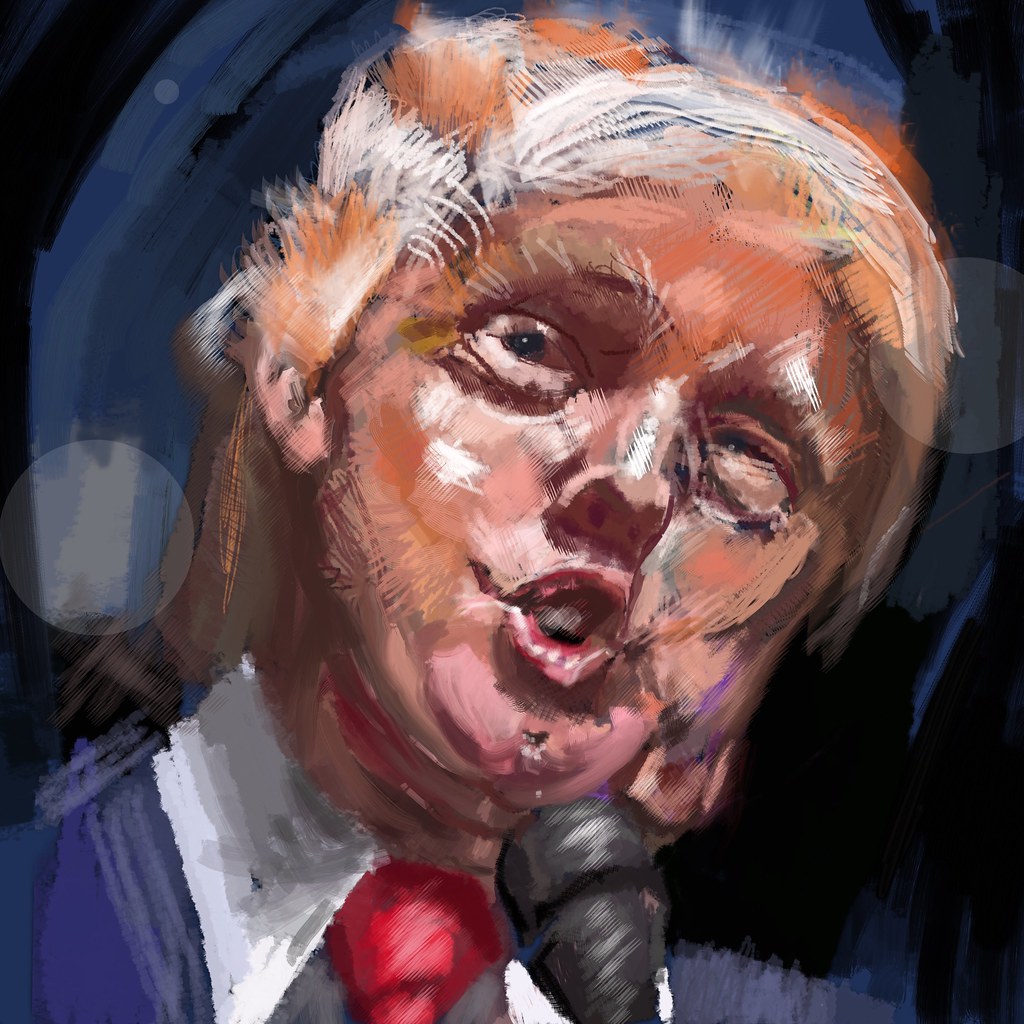 In reviewing the state’s role in regulating the Internet, the paradoxical alliance between the neoliberal economic and political agenda and advocacy of an open unregulated Internet is highlighted(Mansell, 2011).In response, state monitoring of the Internet through policies and regulations can also serve to improve the democratic nature of the national government.By monitoring and managing the content of the Internet, government regulators can analyze the undesirable problems on the Internet in a timely manner, and can also impose penalties or improvements according to different analysis results.Closely integrate liberal economics and politics to return a clean Internet sanctuary to Internet users through monitoring of bad information coupled with legal means to deal with it.

There is no threshold for publishing information on the Internet, so the moral and cultural thought level of the publisher, etc. cannot be known, which is one of the reasons why it is difficult to distinguish the truth from the falsehood of the Internet news.Therefore, Internet users must be careful in understanding the information on the Internet.The channels whereby people obtain information are also diversifying, and mixed up therein are angry youth and Internet rumor mongering. The extensive influence of a large area affected by this unique cultural phenomenon and the profound damage it causes have a huge negative effect on social stability and constitute a latent threat factor to society’s harmonious development(Hao, 2011).A new role has emerged on the Internet – the cynic.Much of the bad speech on the internet is cancerous like and cannot be completely exterminated but can be controlled. Most Internet users maintain a rational and cautious mindset when surfing the Internet. Don’t be influenced by those distorted propaganda ideas.Stick to what is in your heart, have a correct core value, and consciously resist the corruption of bad capitalism infiltration as well as stay away from messages that promote bad values. Speak up for what is right, resist evil, and do not be assimilated.As long as we can ensure to do the above, the Internet civilization will be built by all Internet users. The spread of bad information will also no longer be rampant.

The maintenance and repair of the network platform is never the sole effort of one party, but requires a three-way effort to maintain the platform, the government plus individuals.For similar pornography, violence, false information and other bad news content on the Internet, the best way to stop its appearance and spread is to work together, the platform to increase audit efforts, the government to improve the relevant laws and regulations and each Internet users to consciously resist.In the rapid development of the Internet today, the network of black and gray and illegal content is also changing day by day, every Internet user, platform and the government to maintain the security of this environment contribute themselves.

2022-08-19 ZIYI TANG RE Friday 1pm Comments Off on Mutual “attack” between Trump and Facebook, who wins?

The Facebook Monitoring Committee has decided to ban former president Donald Trump from using social networks to make political statements and reassess the ban on trump within six months. With the spread of the news, […]

“Facebook Burnout” by mkhmarketing is licensed under CC BY 2.0. This work is licensed under a Creative Commons 2.0 License. Introduction With technology, the internet has become more prominent in its importance […]