The growth of the Internet has brought about a transformation from traditional to digital media. Many people hold a beautiful vision of “Techno-utopian.” In comparison, the reality is not as rosy as imagined. The Internet provides a seemingly equal communication platform for multiple subjects and gives everyone an equal right to speak. However, there is no real equality between people, and even, to some extent, the Internet exacerbates some structural inequalities. As Lusoli and Turner (2021) suggest, today’s Internet culture is still a white, male, and middle-class-centric culture.

The cruel truth behind the surface of Internet equality

First, the lack of diversity is reflected in the race. Noble (2018) points out that the internet reinforces racism through algorithms. As described in the example about black girls, searches related to black people are often combined with more negative words (poverty, crime, etc.), and in the case of black girls, they are then linked to sex-related things. This reveals the biases and stereotypes of algorithms and search engines. Black girls receive intersectional discrimination reinforced by the internet because of their dual identities as black and female. The digital communication environment allows for the expansion of ideologies in Western culture, new available digital media need to be critically evaluated, and we need to be mindful of equity and wary of colonization (Mills & Amanda, 2018). 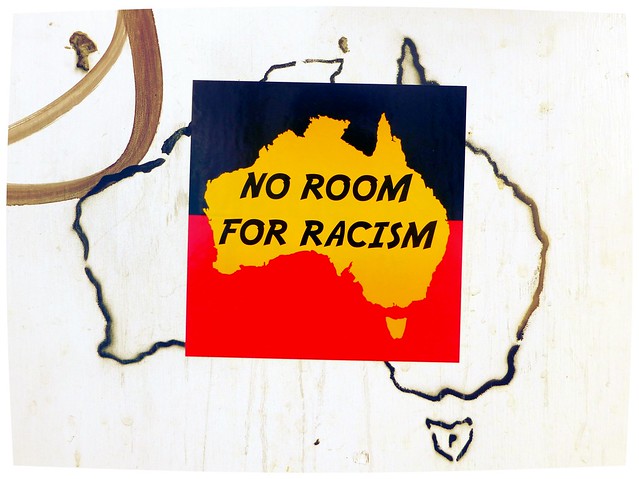 “No room for racism” by Melbourne Streets Avant-garde is licensed under CC BY-NC 2.0.

Second, the lack of diversity is reflected in gender. Women are shown far less in popular media advertising than men. Although the advent of the digital media era has alleviated this phenomenon, women are still under-represented (Signorielli, 2009). It is important to note that although the data shows that the representation of women is increasing because of the Internet, it is debatable whether that is an objective and realistic representation. The black girls above are not the only group marginalized in search engines. The search engines tend to commercialize and sexualize women of color (Black women, Asian women, Latina women, etc.) and even white women. The Internet continuum is perpetuating structural inequality and stereotyping. If you Google business style, you will find that most images are of men, especially white men. Men typically play the role of having competence, power, and dominance in digital media, while women are typically the ones being gazed at. For example, in the commercials starring Pamela, the women are scantily clad and pose to accentuate their bodies. As Mulvey (1975) points out, women are always presented on screen with a wandering gaze and thus objectified, while men are more likely to be presented as looking firmly straight ahead. Representations of women in both traditional and digital media are often biased. They portray women more as men’s imaginary images of women than as women’s actual existence. 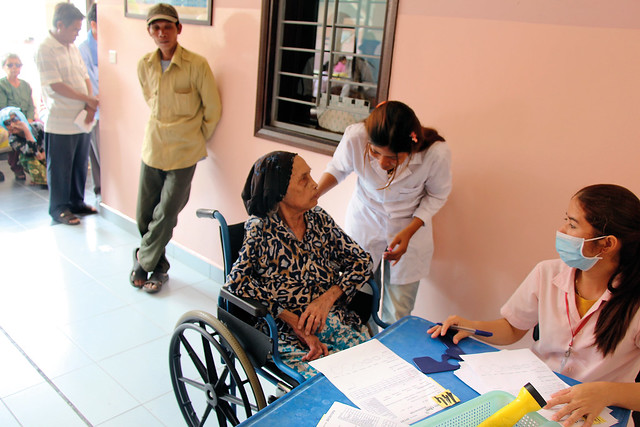 “Better physical accessibility and greater awareness of disability by hospital staff have improved the inclusion of people with impairments. CAMBODIA” by Community Eye Health is licensed under CC BY-NC 2.0.

Causes of the lack of diversity on the Internet

One of the most important reasons is the algorithmic mechanism under the Internet. Google, for example, has the power to rank Web search results based on various topics, which opens up the possibility of adulterating the search display with an element of interest. On top of that, big data prioritize topics that more people pay attention to, which makes it more challenging to display minority groups that already lack attention in traditional contexts. Instead, men, whites, and elites, who are more likely to hold the power of discourse, have become the mainstream of the modern Internet. The media in the Internet age has never been neutral, and many scholars are aware of the new forms of visibility created by the Internet (Bucher, 2012). Noble (2018) introduces the “algorithmic bias” concept and argues that this reflects systemic oppression. This suggests that discrimination against minorities in today’s Internet context is not only a result of particular stereotypes and prejudices in society but is also negatively influenced by various aspects. The content displayed on the Internet will continue to influence society’s masses and shape and regulate our group consciousness, thus reaching and creating a social class system (Krijnen & Van Bauwl, 2015). The content presented by big data algorithms can be both a cause and a consequence of social discrimination. 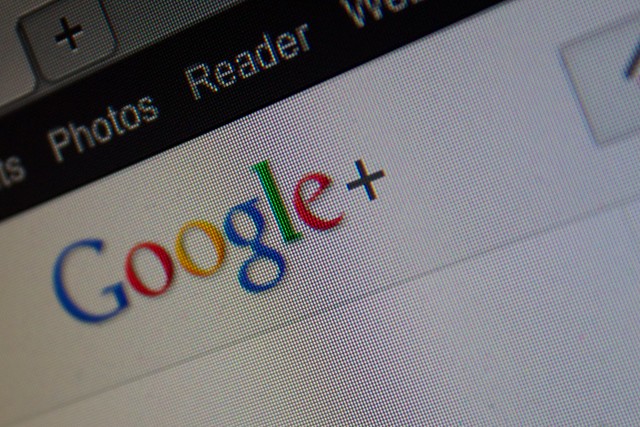 Another factor influencing Internet diversity is the lack of diversity among leaders and managers in various areas of society. Keyes and Austin (2022) points out that biased algorithms and policies also illustrate the lack of diversity among policymakers. For example, data on the U.S. Senate and House of Representatives show that while the number of non-white members of the U.S. House of Representatives has proliferated in recent years, both chambers remain predominantly white. In addition, data on Internet industry practitioners also show that women continue to lag behind men in terms of pay, leadership roles, and representation in the technology industry. The number of female students studying science and technology in college and female employees working in the Internet industry after graduation are significantly lower than those of men.

In addition to this, another easily overlooked cause is social inequality. Social inequality makes it more difficult for people with low socio-economic status to present themselves on the Internet. As argued by Servaes, Oyedemi, and Clarke (2016), the history of human society shows that the ability to participate in society is often determined by factors such as education, income level, class, social and political power, with the result that some people in society are ‘better equipped than others to ‘ to participate in a variety of social activities. In the Internet age, many people still have been left behind by the deluge of the times because of inequality, becoming an overlooked but real group.

How should we fight it?

Once we found out what the problem was, change was self-evident.

Bartoletti (2020) argued that technology has the transformative potential to reshape our society. However, if we do not have government regulation, legal scrutiny, and international discussion, we will enter an era of racist, sexist, and class-biased networks.

The first and most urgent change is the algorithmic mechanism. The traditional algorithm has many drawbacks, thus causing the lack of diversity on the Internet. A new algorithm system requires the participation of government and academics from various disciplines and regular human intervention in the algorithm’s operation.

In addition, the improvement of the diversity of the Internet should go beyond the technical correction of algorithms and requires changes in the existing industrial system and social structure. A “massive collective action” is needed to eliminate or reduce bias on the Internet. Everyone is encouraged to get involved, support each other, and work together under the more prominent political goals of equality and human rights.

In conclusion, the lack of diversity in the Internet context reveals the reality that the Web is not a utopia. The prejudices and stereotypes that exist in society have to some extent, shaped the products of the Internet, which re-enforce social and personal perceptions in various forms. Nevertheless, improving algorithms and social institutions can still reverse this situation.

Bartoletti, I. (2020). An artificial revolution : on power, politics and AI. The Indigo Press.

As the Internet being thrive, it sophisticatedly offers individuals new possibilities to express themselves in ways that reflect their cultural identities and personal values. This user-generated content, therefore, allows users’ voices to be better reflected […]

Who owns the responsibility for stopping the distribution of offending content?

2022-10-06 GENGNAN LAI RE05 Wed 10am Jenni Comments Off on Who owns the responsibility for stopping the distribution of offending content?

With the growth of the Internet, more people are using it, technology has improved, and online life has become more enjoyable. Social media and personalized recommendation platforms have replaced traditional portals and search engines as […]