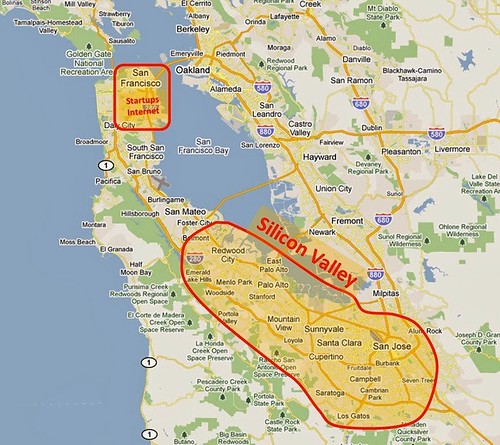 Silicon Valley, located in the south of the San Francisco Bay Area, is a prominent central destination for high-tech and creation. Most start-ups have built headquarters here, including Apple Computer, Tesla, Google, HP, Dell, Sony, and other well-known corporations. Private start-ups with a value greater than $1 billion are referred to by these prosperous business organisations, often known as unicorns. 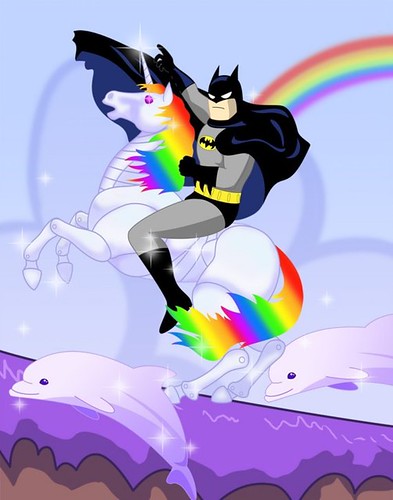 This phrase was coined and promoted in 2013 to emphasise the rarity at the time by venture capitalist Aileen Lee. She emphasised that the first unicorn firms were established in the 1990s, when a business of this nature would have been as brilliant and distinctive as Batman in Gotham. The venture capitalist Aileen Lee created and promoted this term in 2013 to highlight the rarity at that time. She pointed out that the first unicorn companies were founded in the 1990s, when a company of this kind appeared that might be as dazzling and unique as Batman in Gotham. 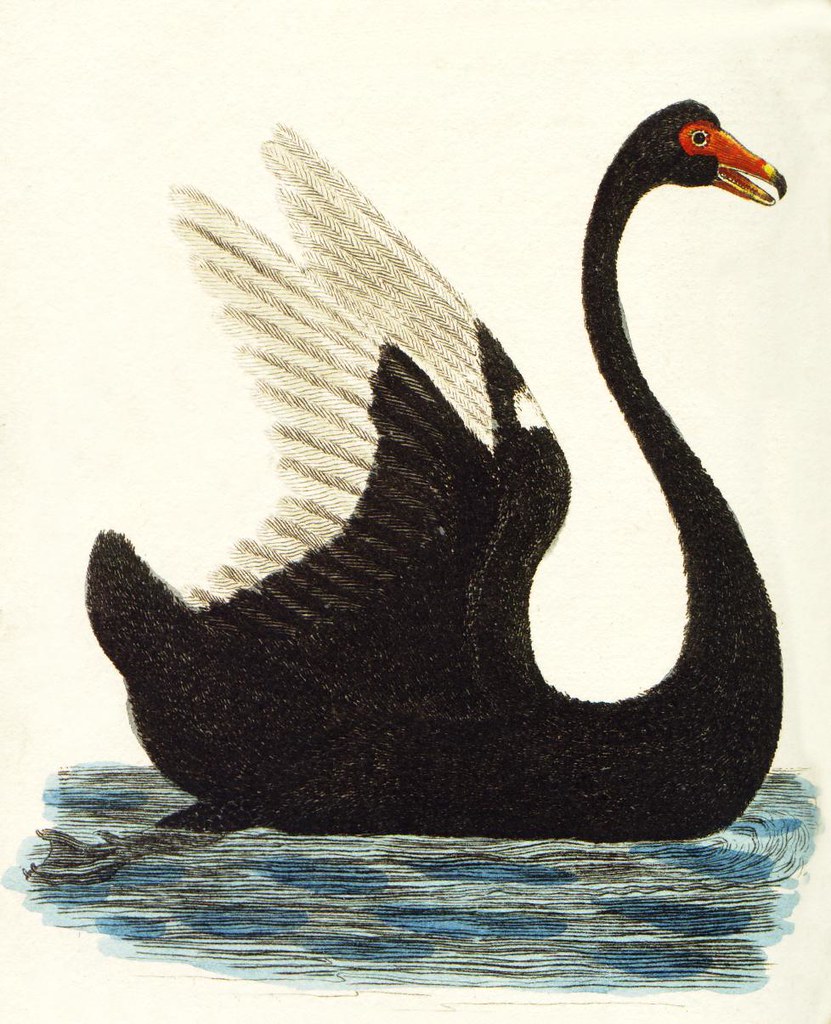 Then, in his book on risk and unpredictability, Nassim Nicholas Taleb introduced the idea of the “black swan,” which perfectly captures the high-tech entrepreneurial milieu. Black swans include, for instance, the phenomenal success of Google and Apple. These businesses are now linked with unpredictability and power, just like how natural disasters operate (Veisdal, 2021). In actuality, Silicon Valley culture has developed in a complicated and varied manner. Silicon Valley’s political liberalism, economics, equality, and multiculturalism cannot be divorced from the unicorn explosion and the black swan impact. The relationships between the three are mutually beneficial and interdependent. The following sections of this article will attempt to explore in depth the evolution and change of the political tendency that has influenced the current Silicon Valley culture; the effects of socialist culture on Silicon Valley businesses; and the emergence and reflection of economic ideas that have gradually led to the impressive success of Silicon Valley.

Early Silicon Valley sought to advance liberalism. Many entrepreneurs had the opinion that they should remain out of politics and that engaging with the government would stifle the growth of innovation. The scientific and technology sector has become more powerful and influential, which has shifted its political leanings to the left. There is no denying that the majority of the founders are democrats and unrepentant liberals with cosmopolitan and international viewpoints (Manjoo, 2017). . Everyone benefits equally from the increased connectivity and openness that the Internet provides to the world,people now have the same freedom to express themselves. In a 2008 interview, Mark Zuckerberg discussed how using Facebook helped young Lebanese Muslims who would otherwise be drawn to extremism broaden their perspectives and make friends with people from other European countries. He argues that social media can make a significant contribution to the resolution of the terrorism issue, which has eluded previous US administrations (Packer, 2013). Barack Obama won in 2012 with an overwhelming 70% of the vote. The majority of workers at Apple, Google, and other significant technological firms contributed money to Obama’s campaign, demonstrating once more how much Silicon Valley favoured the Democratic Party. The IT sector appears to “purely want to construct something that can make a meaningful impact to the world,” as LinkedIn co-founder Reid Hoffman stated it. Additionally, Silicon Valley, which shunned conventional political tribes, entered the political sphere once more during the Trump period. A number of well-known figures in the fields of science and technology frequently argued with the former president, criticising  his executive orders on Muslim immigration and his ban on transgender forces (Manjoo, 2017). Facebook even banned Trump for two years directly on social networks a few months ago.

However, technology entrepreneurs substantially departed from the Democratic Party’s labor-policy mainstream and aligned themselves more with most Republicans. They held a fundamental mistrust of the government’s attempts to control businesses (Manjoo, 2017). Silicon Valley thinks that the nation can play a significant role in promoting individual decision-making and that the government service itself can function like a competitive innovation company. Bill Gates and Mark Zuckerberg contributed millions of dollars to the contentious public education reform program, which also sparked the anger of many liberals (Ferenstein, 2015).

Therefore, we can demolish the previous designation of liberalism by taking a look at history. They enjoy the competition of public services, are free from government restrictions, and follow their own set of norms, but are not extremely far away from the government and completely opposed to the country. This is because Silicon Valley has a unique political and moral ideology: a new liberalism that supports the interests and progress of technology and business. 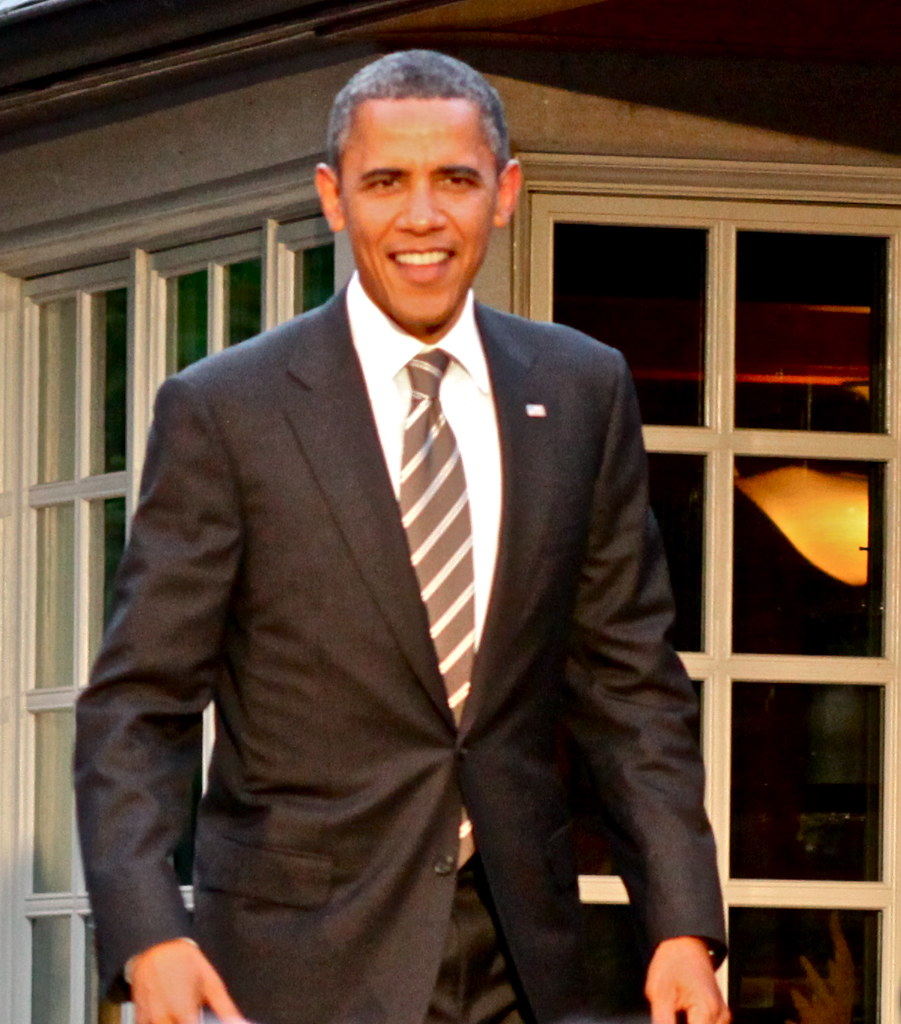 “Obama Visits Silicon Valley” by jurvetson is licensed under CC BY 2.0.

The fundamental belief of Silicon Valley is that, in the long run, practically all changes are progressive and there is no internal conflict between the major societal groupings, as can be observed from the political ideas discussed above. The majority of founders are upbeat technologists who are built on this idealised premise (Ferenstein, 2015). Every technology company and enterprise has long been ingrained with this utopian mentality, making Silicon Valley a hub for creativity and risk-taking. Computers are no longer seen as a sign of governmental oppression and control, but rather as a weapon for personal liberation and freedom by contemporary communitarians. The principles of this culture, such as independence, self-reliance, and authenticity, are drawn from the counterculture. It involves the abolition of hierarchical organisations and increased flexibility in labour and production processes (Lusoli&Turner, 2020). The political concept of equality also results in a diverse mix of racial and ethnic groups working in Silicon Valley, including South Asians and blacks. According to some data, non-whites now make up 44.3% of Twitter’s top users, up 16.3 percentage points from 2014, according to the 2019 annual report (Sabin, 2020). This type of multiculturalism dates back to Stanford University’s founding in the 19th century. In its role as an important academic and research institution in Silicon Valley, in sharp contrast to the cultural norms at that time, this institution accepted both men and women (Hardy, 2021). When diverse cultures interact in this way, new innovations and significant changes are sparked. 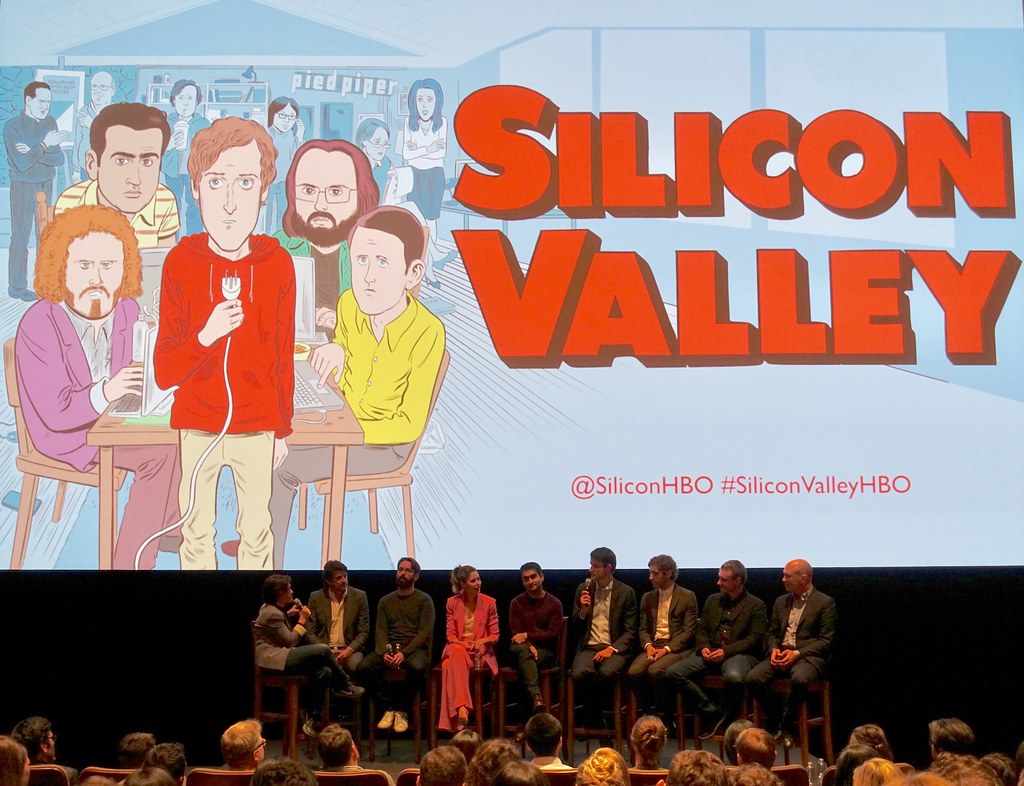 “World Premiere of Silicon Valley, Season Four” by jurvetson is licensed under CC BY 2.0.

On the other hand, what happened in Silicon Valley has had a profound effect on the global media and entertainment industries. For instance, the social network movie by David Finch from 2010 and the HBO comedy series from 2014 both focus on the Silicon Valley startup experiences of six young people. Individuals who are revolutionary and subversive innovate as well as subvert the economy and technology sector . The extreme maker spirit of Silicon Valley is usually described as one of the brave and adventurous spirits, and this popular image is one of the driving forces of Silicon Valley culture. Revolutionary and subversive individuals not only innovate but also subvert the technology sector and economy, thus bringing progress to the world (Allgaier, 2018). 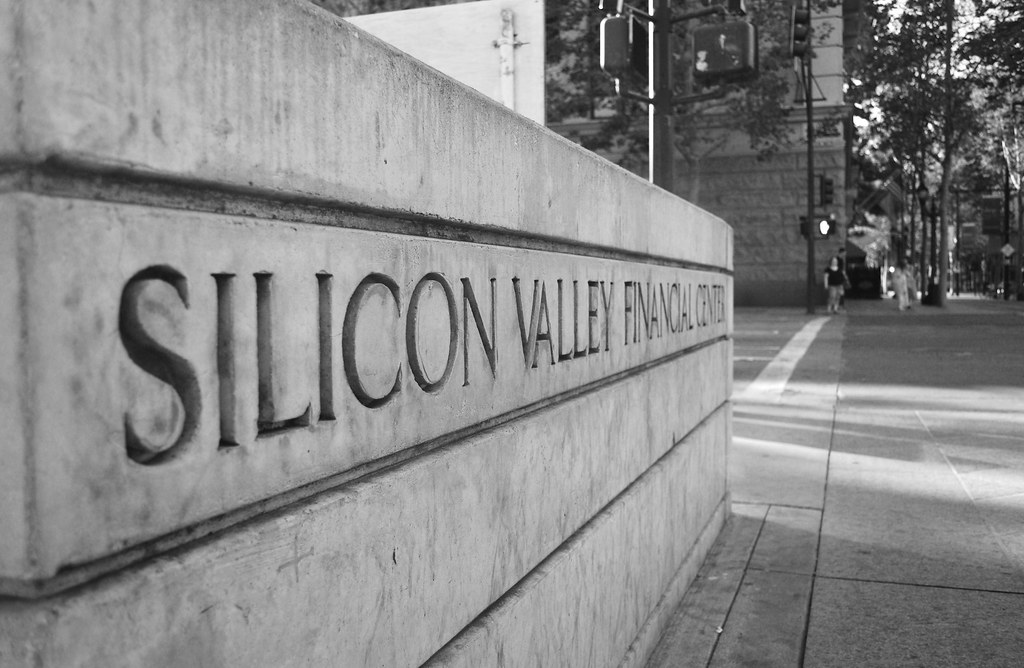 “Silicon Valley Financial Center” by christian.rondeau is licensed under CC BY 2.0.

As one of the most powerful economies in the world, Silicon Valley has always symbolised the elegance of the global economy and the pinnacle of the American hourglass economy. Science, technology, and innovative capabilities fuel the growth and production of the economy. Hence, there is severe global economic competition driven by technology, which puts harsh pressure on businesses to either adapt or shut down or vanish (Renn, 2016). There will be 607 active unicorn enterprises by the first quarter of 2022. Silicon Valley serves as a hub for international networks during that time. Introducing the World Wide Web protocol is essential for the initial development of the Internet as a business opportunity. After the Internet bubble burst in 2000, the expanded platform economy helped a number of businesses survive, and some of them have since evolved into market leaders(Kenney, 2017).
However, Santa Clara County had fewer jobs in 2005 than it did in 1995, before the economic boom started. The source of startup funding in Silicon Valley fell from $105.5 billion to $20.9 billion. After the 2008 financial crisis, the jobless rate in Silicon Valley spiked to 10% or more(Kenney, 2017). The economy has entered a recession crisis as a result of the double punch of the global economic collapse and soaring home prices. Nearly one-third of workers in Silicon Valley receive less than $16 per hour, while one-third of families there do not make enough money to meet the minimum requirements for self-sufficiency. The Silicon Valley community is now aware of the social and economic issues brought on by hourglass economic expansion(Auerhahn, 2014). The Silicon Valley special team has begun to address each issue with planning and policy adjustments, despite the reality that the issues appear to be quite serious—high affordability and a substantial income disparity gap.

In general, Silicon Valley has such a huge influence in the world today, which cannot be separated from the rapid development of the economy. Unicorn companies with geometric exponential growth have burst out of the black swan effect. Furthermore, the Democratic Party is definitely the political vessel that these idealists choose to carry out their mission since the economy is empowering them in a virtually unknown capacity. Their political inclinations have also subtly influenced Silicon Valley’s corporate culture and permeated all facets of business growth and operation. Additionally, the inventive and diverse culture of development fosters new commercial options for the economy. Therefore, the complementary relationship between politics, culture, and economy has made Silicon Valley an irreplaceable success.

Kenney, M. (2017). Explaining the growth and globalization of Silicon Valley: the past and today. Berkeley Roundtable on the International Economy (BRIE) Working Paper, 1.

In the web 2.0 era, the rapid growth of the internet has led to an increase in the size of digital platforms and the number of private users. Mosco (2017) found that internet companies such […]

Introduction Due to Web 2.0′, the exchange of information between the masses is no longer just a one-way process (Baym, 2013). The platform has emerged, developed and gradually integrated into people’s daily lives (ibid). Its […]

Social platforms have expanded the scale of information dissemination into global internet culture. At the same time, a diverse range of information is being transmitted to different users quickly and in a wide variety of […]