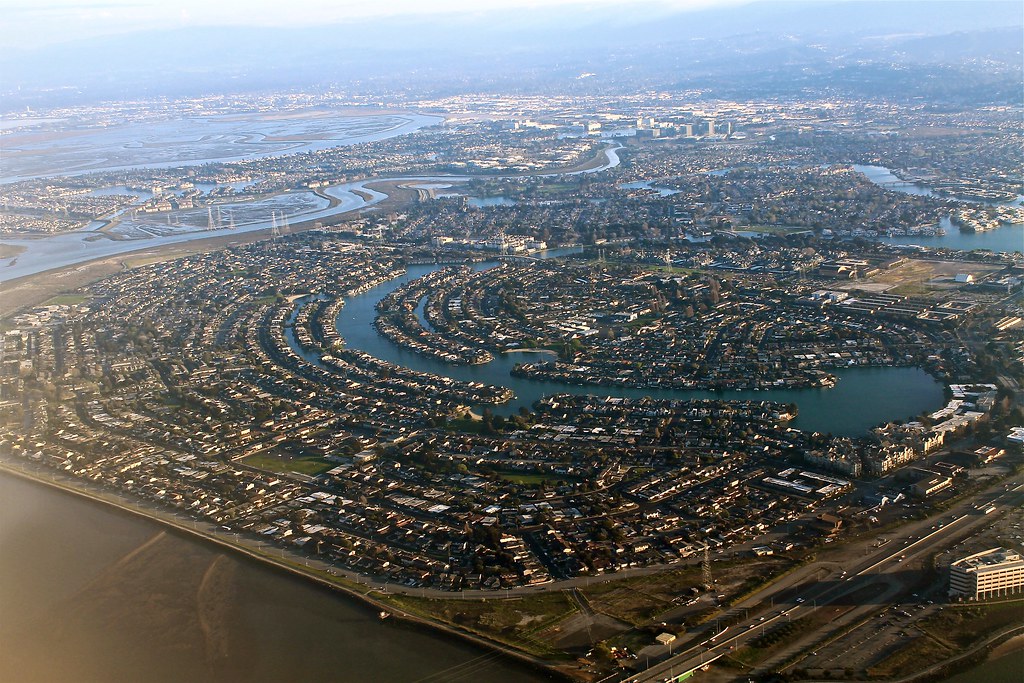 “Silicon Valley from above” by Nouhailler is licensed under CC BY-SA 2.0

Political ideas
The political issues undoubtedly nurture the development of the culture of Silicon Valley, though they are mingled with social and economic ideas. During the 1960s, Barbrook R. and Cameron A. (1996) point out that ‘radicals from the Bay Area pioneered the political outlook and cultural style of New Left movements across the world.’ In this post-war era, the radicals, breaking with the narrow politics, carried out campaigns against militarism, racism, sexual discrimination, homophobia, mindless consumerism, and pollution. Due to their effort, the collective and democratic structures were created, which most probably prefigured the libertarian society of the future. (Barbrook R., Cameron A.,1996, P.47) Above all, ‘the Califomian New Left combined political struggle with cultural rebellion.’ (Barbrook R., Cameron A.,1996.)

The incredibly flexible culture of the military and industrial collaborative research of the Second World War assisted in bringing the counterculture. (Lusoli, A. and Turner, F. 2021.) Meanwhile, several political incidents, including the occupation of People’s Park near the Berkeley campus of the University of California on May 15,1969, the constant political protests of America’s nuclear face-off with the Soviet Union, and the marching against the Vietnam War, exerted profound effects gradually. All these political issues appeared during World War II and across the cold-war ear account for the complex intertwining of two legacies: that of the military-industrial research culture and that of the American counterculture. (Turner, F. 2006.) 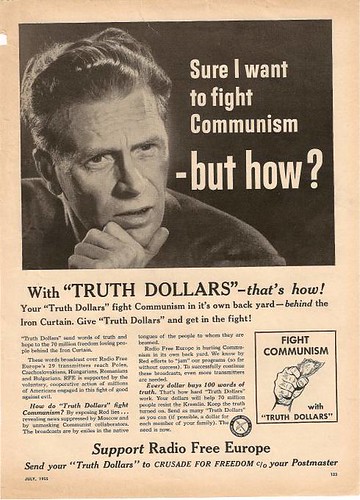 However, after organizing political parties and marching against the Vietnam War, this group of people turned away from political action. ‘Traditional political mechanisms for creating social change had come up bankrupt.’ (Turner, F. 2006). These New Communalists, called by Turner, started focusing on technology and the transformation of consciousness as the main sources of social change. (Turner, F. 2006) Barbrook R. and Cameron A. (1996) also express that while some hippies rejecting ‘scientific progress as a false God and returning to nature, others, in contrast, believed that technological progress would inevitably turn their libertarian principles into social fact.’ (Barbrook R., Cameron A.,1996.)

Social ideas
The cybernetic notion of the world as a single, interlinked pattern of information was deeply comforting the people intruding by massive armies and threatening by nuclear holocaust. ‘To Stewart Brand and later to other members of the Whole Earth group, cybernetics also presented a set of social and rhetorical resources for entrepreneurship.’ (Turner, F. 2006) After graduating from university, Brand found his way into the bohemian art worlds. Brand, soon migrating from one intellectual community to another, became what sociologist Ronald Burt has called a “network entrepreneur”. (Turner, F. 2006.)

As a “network entrepreneur”, Brand connected formerly separate intellectual and social networks together, in a series of what Turner has called “network forums”. Brand, inspired by the systems rhetoric of cybernetics and the models of entrepreneurship taken from both the research and the countercultural aspects, set up a series of meetings, publications, and digital networks, hence, the members of various groups could communicate and collaborate and regard themselves as members of a single community. As a result, these network forums gradually created new social networks, new cultural categories, and new turns of phrase. In 1968, the Whole Earth Catalog was founded by Brand to help the people looking for building their new communities. (Turner, F. 2006.)

Economic ideas
Turner (2006) indicates that Brand, knitting together intellectual and social networks, stretched across the fields of scientific research, hippie homesteading, ecology, and mainstream consumer culture in the Whole Earth Catalog era. By the 1990s, Brand and other members of the network, including Kevin Kelly, Howard Rheingold, etc., giving voice to the techno-social visions, became some of the most-quoted spokespeople for a countercultural vision of the Internet. In the meantime, receiving welcoming invitation, they entered the halls of Congress, the boardrooms of major corporations, and the hotels of Davos, Switzerland, home of the World Economic Forum. Moreover, representatives of the Defense Department, the U.S. Congress, global corporations such as Shell Oil, and makers of all sorts of digital software and equipment were included in their networks. ‘The networked entrepreneurship of the Whole Earth group and its self-evident financial and social success had become evidence for the transformative power of what many had begun to call the “New Economy.” ’ (Turner, F. 2006.) 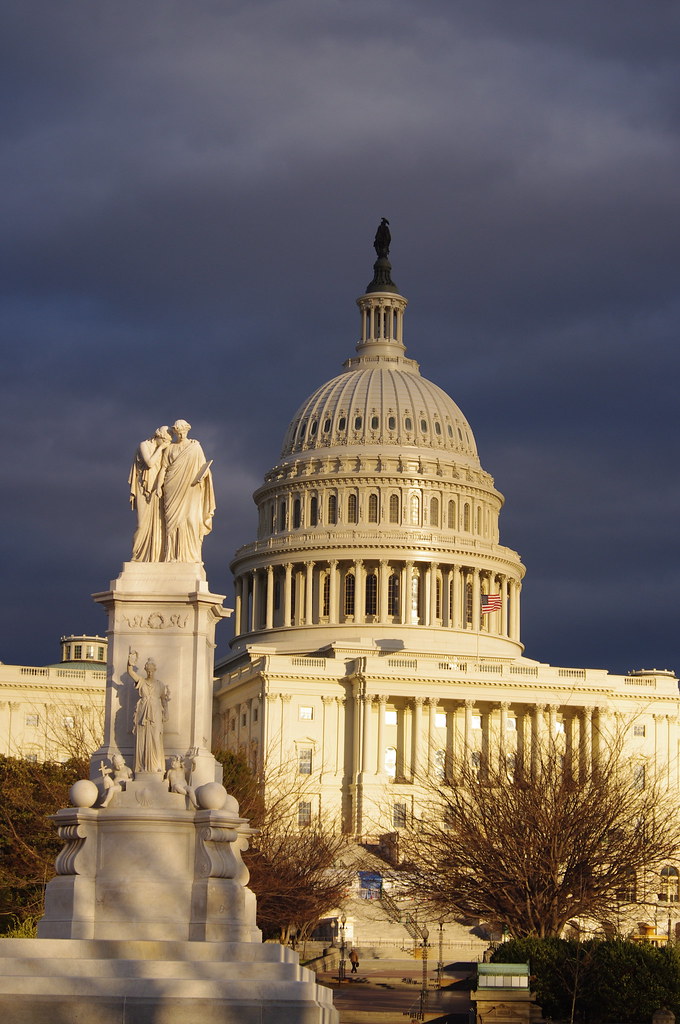 A Glimpse into the Silicon Valley’s Economy by caforward. All rights reserved. Retrieved from:https://youtu.be/68dVRQqdK_c

The culture in the Whole Earth Catalog era gradually generates the culture of Silicon Valley. As an understanding of Brand, Bay area computer programmers, absorbing the countercultural ideals of decentralization and personalization, along with a keen sense of information’s transformative potential, built those into a new kind of machine. (Turner, F. 2006.)

Barbrook R. and Cameron A. (1996) introduce another noticeable person, Marshall McLuhan, a middle-aged English professor with radical opinions. They state that the technophiliacs of West Coast, influenced by McLuhan’s theories, keen on creating ‘the electronic agora—a virtual place where everyone would be able to express their opinions without fear of censorship’ by the convergence of media, computing and telecommunications. The first important step in implementing direct democracy within all social institutions is to create the electronic agora. (Downing, 1984.) Unexpectedly, ‘such a contradictory mix of technological determinism and libertarian individualism would becoming the hybrid orthodoxy of the information age.’ (Barbrook R. and Cameron A.,1996.)

Due to the contribution of Brand and the Whole Earth Catalog networks, and Marshall McLuhan and several promoters, cybernetics becomes one of the “most influential intellectual movements of the twentieth century” (Turner, F. 2019.) This movement, though appearing in various forms and persisting decades, regards new digital technologies as ‘offering the possibility to overcome the alienating and bureaucratic machine of cold war—and corporate—America. To the New Communalists, the computer became an instrument of individual liberation and personal freedom.’ (Lusoli, A. and Turner, F. 2021.)

Conclusion
To conclude, the incredibly flexible culture of the military and industrial collaborative research of the Second World War assisted in bringing the counterculture. The legacy of these countercultural experiences, with some influential political issues, the contribution of Brand, McLuhan, and several associates and networks, lead to the transformative power of “New Economy”, establishes the foundation of Silicon Valley techno libertarian culture today. (Lusoli, A. and Turner, F. 2021.) This culture links to the countercultural-inspired values such as independence, self-reliance, and authenticity, and leads to a world in which technology and social change could be intertwined with one another, a world that could be built around shared technology, shared mindsets, constant collaboration, and constant innovation. (Lusoli, A. and Turner, F. 2021.)