As a result of the remarkable spread of the Internet over the last two decades, industrial structures and business models have been transformed, which in turn has led to significant changes in consumer behaviour. To begin with, the Internet enables a multidimensional world. Through the Internet, people are able to become aware of the other side of themselves, and the diversity that has been achieved in people’s inner worlds. Before the development of the internet, people received information unilaterally from traditional media such as television, newspapers and magazines. However, with the development of the Internet, individuals who had been passive can now actively transmit information, increasing their power, and new systems can be constructed by linking areas that were originally unconnected. It has also made it possible to observe the same event from multiple and composite perspectives. However, the lack of diversity in the Internet age is still a serious situation. One of the reasons for this is that online freedom of speech is restricted, information is controlled and algorithmically controlled by big tech companies, which control and operate most of the world’s information, out of our sight. Monopolies and control by some of these companies are said to be holding back the development of the Internet. While on the surface it is easy to be overwhelmed by the diverse and multi-dimensional world of the Internet, this blog will discuss the extent to which the lack of diversity has affected the development of the Internet.

Lack of diversity has had a huge impact on internet culture

No one would dispute the fact that the internet has had a huge impact on shaping people’s values as a result of the widespread use of the internet and the flow of all kinds of information back and forth. Now, how could the lack of diversity have had such a tremendous impact on the development of the internet? In the era of mass media before the internet, information was highly polarised and closed, and the very dissemination of information that the public wanted was an effort to reproduce the public’s values, and therefore the public itself (Verboord, 2011). In other words, before the development of the internet, there was a marked lack of diversity. Hall described the mass media as a site of struggle over representations in which cultural forces jostle for power (Hall, 1978). It is on this site, and in relation to the mass media representations so signified, that people’s identities are constituted. The mass media that deal with terminology, that is, the mass media that give people words and representations that describe them, are considered to have a strong power in terms of their role in ‘signification’. The dominant ideology of the mass media results in the existence of subordinated minorities.

This lack of diversity has led to the creation of internet culture and has had a significant impact on the development of the internet. Particularly since Web 2.0, new practices of production, evaluation, discussion, processing, re-distribution through meaning assignment and selection by individual audiences have emerged, enabling audiences traditionally regarded as ‘receivers’ to not only be active but also to form themselves into ‘producer producers’ (Verboord 2011). (Verboord 2011). The internet has opened up possibilities for what information means and values for individuals. Among its new elements are the scale of what can be achieved, the anonymity of a large audience, a large number of viewers, the lack of structural and social organisation, its temporary and ephemeral character, and the scale of what can be achieved. 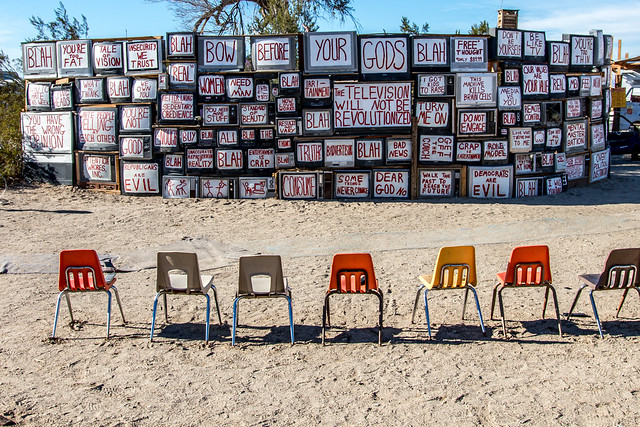 It could be argued that internet culture was created in reaction to the values of the masses shaped by traditional mass media. These seem to be positive changes, as there is less imposition of unwanted group intentions and values. In short, the lack of diversity has led to the creation of internet cultures. Different internet cultures exist, but as an example, the Black Lives Matter movement is one internet culture that has gained global attention. As the internet progresses, these unifying norms will be a thing of the past, and each individual will be free to live according to their own beliefs and values. The individual is respected, the right to individual decision-making and individual power is increased and others.

The harmful effects of lack of diversity

However, with freedom comes insecurity, and with increased power always comes responsibility for its exercise. At first glance, it appeared that diversity had increased with the development of the internet compared to the mass media era, but the development of the internet did not necessarily embody a better society. Big tech companies, such as internet services, have been criticised for such information control and for algorithms inadvertently influencing and controlling users. (Fry, 2019) In the highly competitive internet for clicks, algorithms are deployed everywhere. This personalisation will cause problems. We are in a situation where platform companies are deciding the order in which posts and sites are displayed and whether or not they are displayed without the user’s knowledge (Fry, 2019). Even just now, society is already becoming more fragmented due to fake news and the growing conflict between political ideologies. The evolution of algorithms will only add to such divisions. Eli Pariser, known as the presenter of the TED presentation ‘A world surrounded by dangerous internet filters’, in an interview with The Guardian In an interview, he also addressed this issue. “The problem is that citizens are not only losing access to a wide variety of information, but they can pass it by without even realising it or feeling any different” (2011). In other words, on the internet, there is always a risk of being surrounded by only the information that you want to see and know. For example, on Twitter, for example, you become a follower of someone you like, and so ‘brainwashing’ in the name of ’empathy’ proceeds without you knowing it. Furthermore, psychologically, they tend to be taken in by ‘confirmation bias’ (Fry, 2019). This refers to the tendency to believe only ‘information that you support and affirm’. Therefore, Fry noted that the internet is also a tool that “can make you closed off” (2019). While it is generally assumed that the internet is full of diverse information, from which people can freely choose to gather their preferred information and expand their knowledge, the exact opposite can happen.

In conclusion, the lack of diversity has had a significant impact on the development of the Internet, but the spread of the Internet does not necessarily embody a better society, and the lack of diversity is still a problem in the Internet age. Compared to the mass media era, individuals now have access to a wider variety of information, and furthermore, individuals are able to transmit information, which is apparently freer and more diverse, but it is clear, however, that a lack of diversity in any era will always bring harm to society and individuals. It must be said that there has never been a more difficult time than now to find sophisticated information, solidly informed opinions and insights that provide material for thinking about the social problems we now face. Perhaps the difficulty is only going to increase.